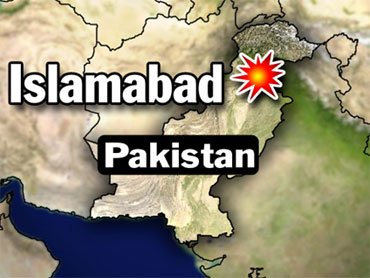 From the street, the headquarters of the Country Stampede looks like a mom-and-pop shop, squished between two restaurants in an out-of-the-way strip mall.

And the mastermind behind it is a portly, soft-spoken man with wispy, silver hair.

Yet, the Country Stampede, which starts Thursday and runs through Sunday, has grown into one of the nation's largest music festivals.

It's expected to draw about 150,000 sun-baked revelers to the Great Plains and fill an otherwise sleepy college town with vendors, mechanical bulls and guitar riffs.

Wayne Rouse, whose vision more than a decade ago spawned one of Kansas' biggest tourism draws, shrugs his shoulders.

But Rouse concedes he faced enormous challenges in the summer of 1995, when he committed his future to an idea hatched in a Wisconsin field.

After years of working as a liaison between county fairs and entertainers, Rouse happened upon the Country Thunder festival in rural Twin Lakes, Wis., where thousands had shown up to watch Tim McGraw on a Sunday night. Despite having little capital, Rouse said to himself: "I have to bring one of these to Kansas."

The Manhattan community, home to Kansas State University, bought into his idea, despite disrupting the otherwise peaceful summer months in between semesters. Rouse then called upon a venture capitalist buddy to provide financial backing for an endeavor he knew would struggle early on.

"Some advice I received from a friend was you're going to lose money the first three years — and he was right," Rouse said. "The first year we lost over a quarter of a million. But I was told if I lost less than half a million, it would be successful. And each year it gets a little better."

It helps that Rouse has been able to lure some of the nation's top performers to Tuttle Creek State Park, more than two hours from the nearest major airport and 20 miles off Interstate 70.

Headlining this year: Gretchen Wilson, Toby Keith, Brad Paisley and Sara Evans. Several dozen others will join them on multiple stages, the music starting about noon each day and going deep into the night.

"The owners and the folks on the inside of Country Stampede were visionaries with this," said Karen Hibbard, director of the local visitor's bureau. "The entertainers see fans are willing to come two hours from a major airport. They're willing to drive, to stay in the heat and the rain and the mud to see an entertainer. Somehow, this works."

The festival is now big business for a state that ranks near the bottom nationally in tourism, according to the Travel Industry Association of America, a Washington, D.C.-based industry group.

Rouse estimates that fans who'll clog the winding county roads leading into town will generate about $13 million for the local economy. The town's 847 hotel rooms sold out months in advance.

There are continual rumblings that the festival eventually will move to a more metropolitan location — closer to hotels, airports and all the things that could take the country out of the Country Stampede. But Rouse dismisses such talk.

"It's kind of a little country Woodstock," he said, pointing to an original poster from the famed 1969 festival on his office wall. "I don't brand it as that, but it's just a great place for people to get together."