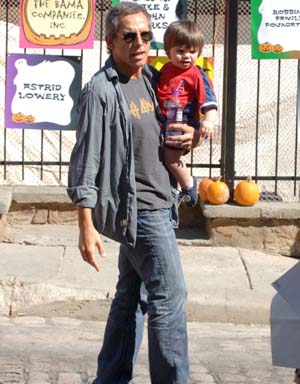 U.S. marshals fanned out across Puerto Rico Sunday, re-arresting men and women who were first detained last week while demonstrating against the Navy's bombing practices at the island of Vieques.

183 protestors were arrested on federal trespassing charges then, for sneaking onto the U.S. Naval base there in a futile effort to stop the military exercises, which are currently being done with dummy bombs.

Sunday, U.S. marshals were sent out to the homes of 122 of the protestors, on charges of refusing to pay the bail they were supposed to pay to stay out of jail while the trespassing cases make their way through the court system.

As of Sunday afternoon, 50 of the 122 had been arrested, according to protest organizers.

The arresting marshals would not talk to reporters. Herman Wirshing, chief of the U.S. Marshals Service in Puerto Rico, could not be reached for comment Sunday.

CBS News Reporter Gary Tuominen says the protestors were supposed to have paid bail of $1,000 each; the deadline to pay was this past Friday.

"We do not recognize any moral authority nor the legitimacy of the U.S. court in this matter," Sen. Manuel Rodriguez Orellana of the Puerto Rican Independence Party said Sunday. The arrests "unmask the repressive and intimidating character of the process," he said.

About 600 people have been detained since May 4, when marshals removed protesters who had camped out on the Vieques bombing range for a year to thwart exercises.

Most of the 183 people arrested last week are members of the Puerto Rican Independence Party. The party plans to hold a rally on Tuesday - the U.S. Independence Day holiday - in front of the federal prison in San Juan where the arrested protesters are being held.

Resentment over the Navy's presence in Vieques boiled over in April 1999, when a U.S. Marine Corps jet dropped a bomb off target, killing a civilian security guard in the bombing range.

The Navy has owned two-thirds of Vieques since the 1940s and uses it to train its Atlantic Fleet. Losing the training ground, it says, could put the lives of U.S. servicemen at risk.