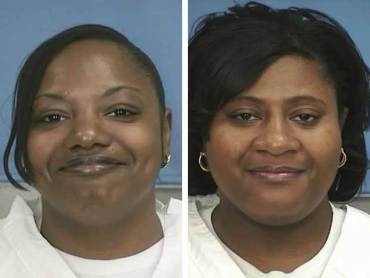 (CBS/WJTV/AP) JACKSON, Miss. - The Governor of Mississippi has released a statement saying he doesn't plan to pardon two sisters he released from prison earlier this year on the condition that one would donate a kidney to the other.

Gov. Haley Barbour, a potential 2012 presidential candidate, was asked by the Associated Press Thursday what he'll say to a pardon request the attorney for Jamie and Gladys Scott plans to file Friday.

Barbour responded: "Tell 'em don't save any space in the newspaper for that to be announced."

According to CBS affiliate WJTV, the Scott sisters' lawyer is sponsoring a rally Friday outside the Governor's Mansion and state Capitol seeking support for a full pardon.

Attorney Chokwe Lumumba told the station that the sisters are innocent and he believes a full pardon would help them find jobs.

The women served nearly 16 years on life sentences for an armed robbery.

The sisters were convicted in 1994 of leading two men into an ambush in central Mississippi the year before. Three teenagers hit each man in the head with a shotgun and took their wallets - making off with only $11, court records said.

The governor's office released a statement saying he's never pardoned anyone who hasn't expressed their guilt or remorse.

Complete Coverage of the Kidney Sisters on Crimesider