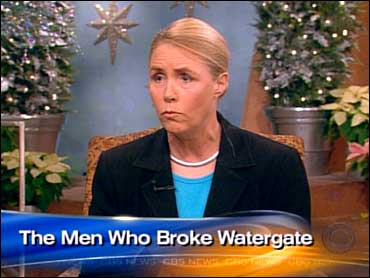 On April 1st, 2001, the waitresses in a Hooters restaurant in Panama City Beach, Florida were promised that whoever sold the most beer in the next month would win a new Toyota. Jodee Berry was the winner, but instead of a car, she was given a "toy Yoda" -- get it? -- that little green guy from "Star Wars."

Funny joke? Bad pun? Stupid prank? Cruel trick? Ms. Berry could've chosen any of these reactions. Instead, she quit her job and sued, alleging breach of contract and fraudulent misrepresentation. The case was recently settled, and Ms. Berry's lawyer said she received enough money to buy any Toyota she wants. Ironically, if she had kept the Yoda doll, it might have turned out to be a collector's item in twenty years. Now, she'll just have an old Toyota.

I've never been a fan of practical jokes. They aren't really jokes, and they certainly aren't practical. Somebody tricks another person, and then the perpetrator laughs at the person who was tricked. I prefer the kind of joke where everybody gets to laugh. However, as stupid as they may be, are practical jokes worth a lawsuit? You might hate puns, but should we outlaw them?

Did you notice what date this Toyota-Toy Yoda thing took place? It was an April Fool's joke. Will fear of lawsuits put an end to April Fool's Day? Will Santa Claus and the Easter Bunny become extinct out of fear of misrepresentation suits? Albert Einstein said, "He who has never been deceived by a lie does not know the meaning of bliss." My main reason for bringing this up is that I like the idea of Einstein's thoughts being brought into a discussion of Hooters. But he does make a good point. It's not the end of the world if we happen to be the butt of a joke or are tricked by somebody.

I doubt that this was the first joke that the waitress was ever exposed to at the hallowed hall of Hooters. Her manager didn't suddenly get this kind of sense of humor. Also, jokes were probably exchanged all the time between waitresses and customers. But after this legal settlement, the laughter in Hooters has probably ended and the lawsuits are just beginning. Next, maybe some customers will sue their waitresses if they happen to have padded bras or breast implants under their Hooters' T-shirts. Somebody could probably call that false advertising. Or, maybe I should say, falsie advertising. Maybe I shouldn't.

People just take things too seriously today. We honk at people who drive too slowly. Or too fast. We get angry with those who don't agree with our politics or our religion. We hate our neighbors because they're too noisy, or because they think we're too noisy. Why is everybody so angry? All kinds of scientific research, not to mention that Robin Williams movie, have shown us how important laughing is for good health. Yet, we don't laugh enough. Instead, we sue.

Children and parents sue each other. Kids sue teachers. Clients sue lawyers. Lawyers sue lawyers. People who get hot coffee sue McDonald's. We've become a nation of suers. And when you have too many sewers, it stinks. Okay, that was a bad pun. Just as bad as "toy Yoda." Groan if you want, but don't sue me.

It's time for a moratorium on lawsuits. Wouldn't it be nice if everyone agreed to refrain from suing each other for a while? Let's say, one month. After that, maybe we'll decide to abstain from lawsuits for even longer. I'll bet we can get millions of people to join us. We've all seen those Frank Capra movies. Let's show the world the American spirit is still alive. If something as dopey as wearing a baseball cap backwards could catch on, so can refraining from suing each other.

I'll start: I hereby promise not to sue anybody for the month of June. If you want to join the "Don't Sue Anybody In June" movement, just notify me at the email address below. It shouldn't be that hard for us. June isn't even one of the long months. Besides, the weather's getting warmer. We don't really need suits now. Oops! Sorry.