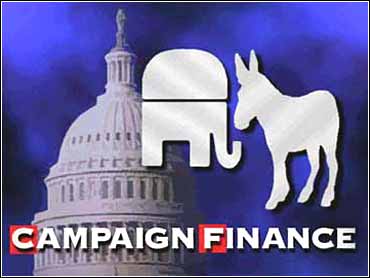 President Bill Clinton on Saturday signed the first legislation restricting campaign contributions in two decades and said it will force special interest groups "to come clean about their donors."

The president said the law closes a loophole that allowed some tax-exempt, politically motivated groups to influence elections and policy actions without disclosing where the money to pay for it came from.

Delivering a brief statement at the White House, Mr. Clinton said the clearest and most serious recent example was the attempt of groups allied to the pharmaceutical industry to influence his administration's efforts to achieve "a meaningful, affordable Medicare prescription drug benefit."

The new law, he said, makes groups like this "lift the curtain" on all future spending.

It's a big contrast to the current situation, says the president. "Anonymous donors could simply pour millions of dollars into these efforts while keeping citizens in the dark."

Now, he said, they should voluntarily "open their books and let the American people judge" them by their donors.

CBS News White House Correspondent Mark Knoller reports the president is calling on Congress to do more and work for new restrictions on big money political contributions, in comprehensive reform later this year.

The new legislation requires groups created for political purposes to notify the Internal Revenue Service that they exist within 24 hours of forming. And groups that raise at least $25,000 per year would have to report contributions of $200 or more and spending of $500 or more. Reports would be due four times a year, plus immediately before an election, and the first should be available before voting this November.

Despite initial opposition from Republican leaders, the legislation was approved by big majorities in each chamber of Congress. It passed the Senate 92-6 Thursday.