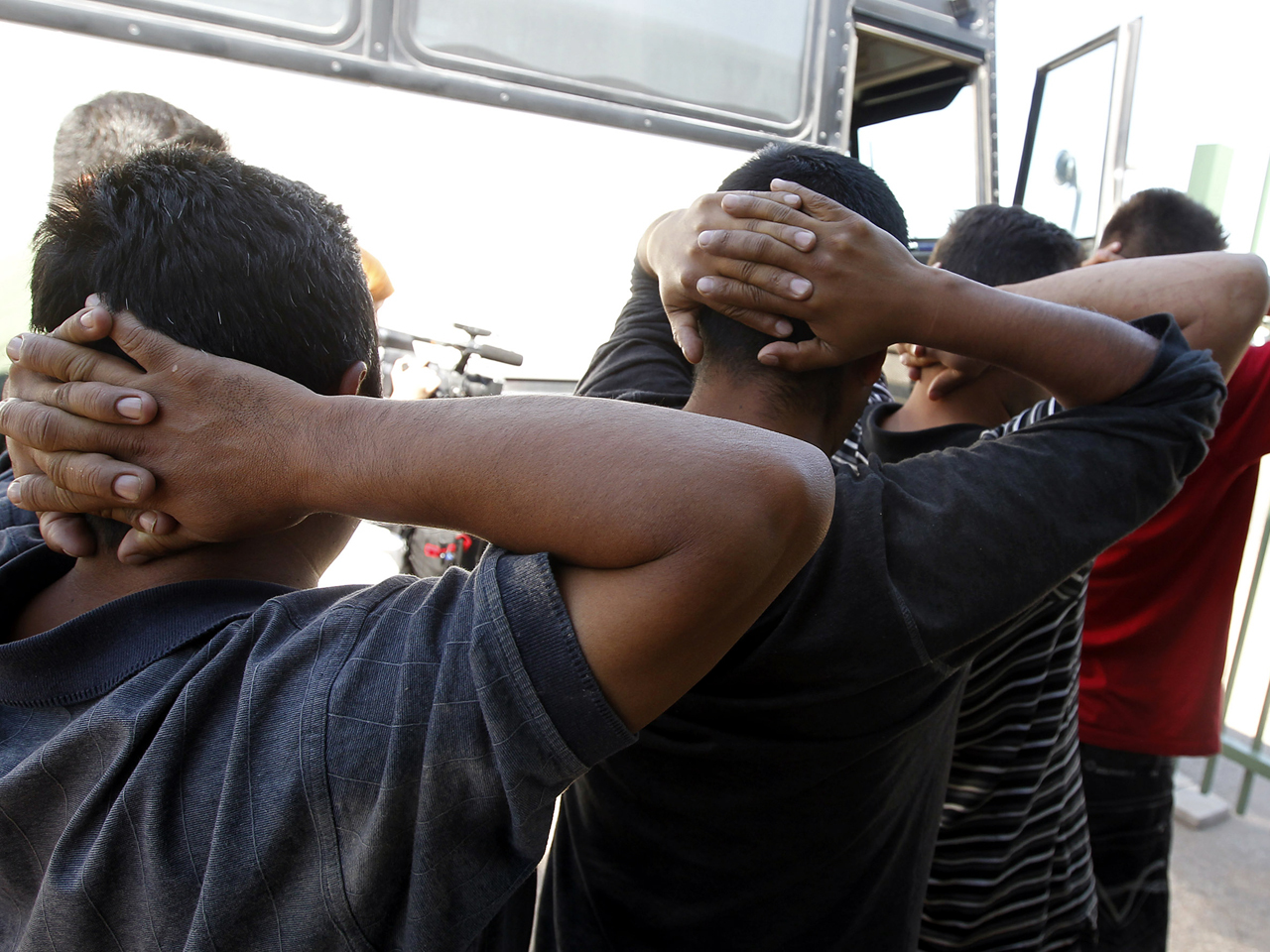 More than 125,000 passengers were flown deep into Mexico for free since 2004 in an effort that initially met with skepticism from Mexican government officials and migrants, but was gradually embraced as a way to help people back on their feet and save lives.

The Border Patrol hailed it as a way to discourage people from trying their luck again, and it appears to have kept many away — at least for a short time.

But with Border Patrol arrests at 40-year lows and fresh evidence suggesting more people may be heading south of the border than north, officials struggled to fill the planes and found the costs increasingly difficult to justify. Flights carrying up to 146 people were cut to once from twice daily last year.

And this summer, there haven't been any.

"Everything comes down to dollars and cents," said George Allen, assistant chief of the Border Patrol's Tucson sector. "We're running into a more budget-conscious society, especially with the government."

He added: "Does it fit within our budget and is there an alternative that is not as effective but still effective?"

In an effort to keep the flights going, American authorities proposed mixing in Mexicans who commit crimes while living in the U.S. The Mexican government balked at seating hardened criminals next to families, elderly and the frail who recently crossed the border in search of work.

"Right off the bat, I can tell you that Mexico was not going to allow, nor will it ever allow, that kind of repatriation, which puts families' safety at risk," said Juan Manuel Calderon, the Mexican consul in Tucson.

U.S. and Mexican negotiators also discussed changing the route from El Paso, Texas, where many Mexicans with criminal records are held, to the central Mexican state of Guanajuato. In the past, the route has been from Tucson to Mexico City.

The flights may resume but not this year, U.S. and Mexican officials say.

They have operated only in the summer and only in Arizona, designed as a humanitarian effort in response to the many migrants who have died over the last decade trekking through remote deserts in debilitating heat.

U.S. Homeland Security Janet Napolitano and Mexico Interior Secretary Alejandro Poire said in February that they planned to launch a pilot program April 1 to fly migrants arrested while living in the United States deep into Mexico. The pilot program was partly a response to complaints from Mexican border cities that too many deportees were being dumped on their streets and contributing to crime and unemployment.

"We wanted to maximize the flight and we couldn't come to an agreement," said Allen. "They were close. It may happen next year, but by the time it drug on, we got through July and for a short period of time, it wouldn't have been realistic."

The Mexican Interior Repatriation Program flights carried 125,164 passengers at a cost of $90.6 million since 2004, or an average of $724 each, according to U.S. Immigration and Customs Enforcement.

The flights became a key piece of Border Patrol enforcement in Arizona as the agency moved to end its decades-old, revolving-door policy of taking migrants to the nearest border crossing to try again hours later.

The agency's new strategy, introduced in Tucson last year and later extended to the entire border, relies on tougher punishments that were rolled out in recent years. One calls for jail for up to six months and another one buses migrants to border cities hundreds of miles away to be deported there.

The one-way flights to Mexico City were aimed at first-time offenders and families. They were always voluntary and Allen said about 70 percent declined when they were introduced. But, as jail time and other punishments became more common, migrants increasingly jumped at the opportunity.

Without the flights, the Border Patrol is relying more on other punishments. It sends 70 people to federal court in downtown Tucson each weekday to face jail time. Deportation buses head east daily to Del Rio, Texas, and, when there are enough people to fill the seats, west to San Diego or Calexico, Calif.

Allen said Border Patrol data shows migrants who took the flights were less likely to be found again crossing the border illegally, though the agency has faced criticism for failing to release evidence of whether its tougher punishments are working.

In 2010, the Government Accountability Office said U.S. authorities had not shown the one-way flights were effective.

In Nogales, Mexico — about 60 miles south of the cavernous Border Patrol station in Tucson where most migrants arrested in Arizona are taken — more than a dozen deportees interviewed say they would accept a free flight home.

Juana Hernandez was dreading the two-day bus ride to her home in the central Mexican state of Michoacan and shared none of the Mexican government's objections to being seated alongside hardened criminals on a plane.

The flights appear to have discouraged migrants from crossing immediately after being deported but results over the long term were less clear.

Guillermo Martinez took a flight when he was deported a second time in 2010 but grew restless after an unsuccessful, two-year job search in his central Mexican state of Aguascalientes led to marital problems.

The Border Patrol arrested him in April with a group of 12 that agreed to pay a smuggler $1,500 each and spent nearly four months in county jail in Prescott, Ariz.

Martinez, who had only $17 in his pocket when he was deported last month, said he would accept another flight to Mexico City if it were offered and would try again to find a job back home.

Instead, he planned to stay in Nogales a couple months before trying to cross the border again, hoping to reach Atlanta, where his cousin promised a $12-an-hour job at a furniture factory. He dismissed the prospect of more jail time if he is arrested again.

"It would be lost time (in jail) but what do I have waiting for me if I return to Mexico?" he asked plaintively, sitting on back doorstep of a migrant shelter.