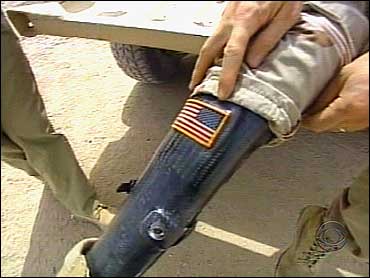 A two-year tradition for wounded war vets is about to go by the wayside. A downtown DC steak house that's catered to injured troops every Friday night is about to close, reports CBS affiliate WUSA-TV correspondent Doug Buchanan.

Fran O'Brien's landlord is forcing out the steakhouse of the same name.

For the past two and a-half years, the restaurant has served steaks and drinks to soldiers being treated at Walter Reed Army Medical Center. Many of the soldiers have lost hands, feet or limbs.

Some say the sports-themed steakhouse is the first place where they've felt at home since they left the battlefield.

But restaurant managers said their lease won't be renewed when it expires at the end of the month. Hotel officials said the decision is purely financial, and has nothing to do with the dinners.

In a statement from Hilton hotels, a spokesperson wrote: "this is a business decision whereby Hilton Hotels is exploring several options to utilize this space."

But the decision impacts more than just the business that's getting the boot.

A Hilton hotel spokesperson say they are -- on some level -- hoping to keep the Friday night alive without Fran O'Brien's. But those who vow to wage an up-hill battle have their doubts about this hotel chain's claim.

And if it's not the free Friday night steak dinner for injured veterans ... The same statement from the hotel concludes: "the capital Hilton prides itself on its involvement and service to the community and will continue to support these organizations in the future."