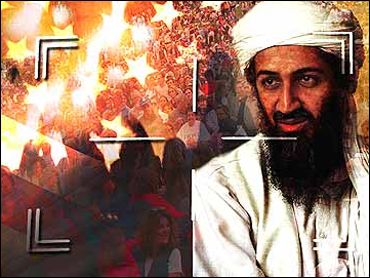 How many times can America make the same mistake in Afghanistan?

When the United States poured money and CIA expertise into the resistance movement in Afghanistan to defeat the Soviet occupiers there in the 1980's, it created a Frankenstein.

Osama bin Ladin, a wealthy young Saudi was one of the volunteers who answered the call to fight for Islam (and the CIA). You would think that would have taught Washington strategists a lesson.

In the 1990's, America began to play footsie with a radical young group of Afghan insurgents, the Taliban. I was on assignment in Turkmenistan in the mid-1990's when I stumbled on that. American oil companies, hoping to exploit the petroleum reserves of the newly independent countries of former Soviet central Asia, needed a way to run pipelines without going through either Russia or Iran. The route through Afghanistan to Pakistan and then to the Indian Ocean was the answer.

But Afghanistan was a country torn by constant warfare between hostile tribes. The oil companies needed a stable and friendly regime in Afghanistan to make a deal with. So America quietly supported the Taliban, and with the connivance of Pakistan, helped these new fundamentalists fight their way to power.

The Taliban regime now controls 95 percent of Afghanistan, with results that we can now all see. Unfortunate for the poor Afghanis. But it was their problem, and far from our shores.

Until the eleventh of September.

The British at the height of their imperial power in the 19th century sent their troops into Afghanistan, which was then one of the world's poorest and most backward countries. They were defeated by Afghanistan's fiercely independent mountain warriors.

The Russians at the height of their imperial power in the 20th century sent their troops into Afghanistan, still one of the world's poorest and most backward countries. They were defeated by the same mountain warriors.