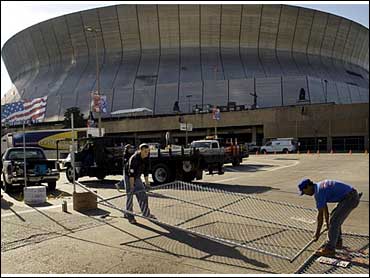 At this year's Super Bowl, even the VIPs will be walking.

Security will so tight in the wake of Sept. 11 that the limousines that normally overtake a Super Bowl city, shuttling the celebrities and big spenders to and fro, will be parked on Super Sunday. That includes the guy who is throwing the party.

"No one drives up to the game," said NFL vice president Jim Steeg. "Paul Tagliabue is walking. If the commissioner is walking, everybody's walking."

That is just one the extra measures being taken to protect the 65,000 fans who will fill the Superdome for Sunday's game between the New England Patriots and the St. Louis Rams, and the thousands more who will be in New Orleans to celebrate.

The Super Bowl has been designated a National Special Security Event, with the Secret Service overseeing the operation.

A no-fly zone has been established near the Superdome, duplicating the measures taken at the World Series and a number of other sporting events immediately after Sept. 11.

NFL security director Milt Ahlerich is suggesting fans get to the stadium several hours early. Fans, vendors, media and VIPs will all be subject to thorough searches that could include X-ray machines, metal detectors and pat-downs.

Workers began erecting 8-foot fences and concrete barricades around the Superdome weeks ago. As a result, the closest some cars can get to the Superdome is about two blocks, and many fans will have a longer walk.

"This will be a secure event, a safe event," said Ahlerich, a former FBI agent. "Everything is being taken into consideration."

A task force of state, local and federal officials has been working on the security plan for months. One goal is to make the games look "normal."

"We don't want security to be the focus of the game," said Jim Mackin of the Scret Service. "The ordinary fan may see an increase of security around the game, but the majority of what we do won't be seen by fans."

The number of police and security personnel at the dome will be nearly double that of an ordinary game - about 2,000 will be present. But many of them will be in plain clothes. Some will be sitting in the stands.

The thought of a terrorist attack on the Super Bowl is nothing new. In the 1977 movie "Black Sunday," terrorists threaten to kill fans at a stadium with a bomb in a blimp. Such a plot might have seemed outlandish decades ago. Today, terrorism is central to the NFL's thinking.

"The point of terrorism is to get on television, to have the event seen by as many as possible," said defense analyst John Pike. "If you think how much people pay for Super Bowl commercials, you know it's certainly the most-watched event there is. If someone is going to pull something, what better place?"

One thing that will be missing from this year's game are the face-recognition cameras that were used to scan fans at last year's Super Bowl for terrorists and other criminals. The cameras are in Salt Lake City, being rigged up for the Olympics.

However, law enforcement officers have a new piece of computer software that will allow them to run on-the-spot background checks from federal, state and local databases.

"These devices put the information at our fingertips without having to go through the radio or a cell phone," said police Sgt. William Davis.

This is New Orleans' ninth Super Bowl. On Jan. 1, the city went through something of a practice run when the Sugar Bowl was played. Ahlerich said that game went off without a hitch.

"It's a unique job in that we're putting in all this work in hopes of doing nothing," said Michael James of the Secret Service.

By Mary Foster © MMII The Associated Press. All Rights Reserved. This material may not be published, broadcast, rewritten, or redistributed 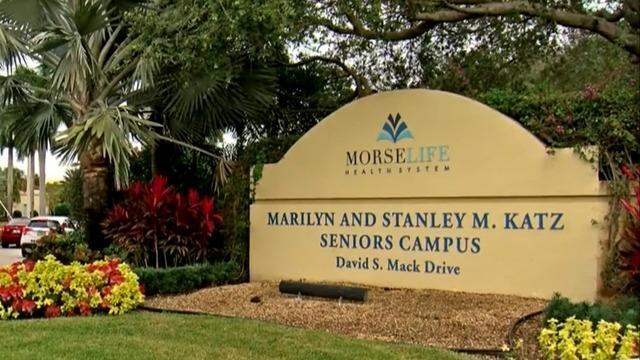