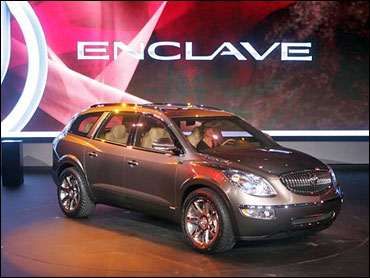 San Antonio's towering trio was no match for Jason Kidd.

The Phoenix point guard tied his season-high with 29 points as the Suns broke open a tight game with a decisive fourth-quarter run for a 94-81 victory over the Spurs on Saturday night.

"We were trying to take advantage of mismatches and get guys open shots," said Kidd, had 10 rebounds and five assists as Phoenix won for the eighth time in 11 games. "But I hit my first couple shots and I was rolling with confidence."

The Spurs started 7-footers David Robinson, Tim Duncan and Will Perdue on the front line, appearing to have the Suns overmatched. But Robinson did not play in the second half due to tendinitis in his right knee. He had 10 points and six rebounds.

Duncan had 30 points and 11 rebounds, and Perdue had 12 points and 14 rebounds. But the Spurs could have used "The Admiral" when Phoenix pulled away with a 12-0 run in the fourth.

"It was tough out there without Dave," said Duncan, held scoreless in the final 5:25. "It was the first time without him. It was a learning experience for me and I just tried to hold down the fort."

"At halftime it became obvious he couldn't continue, so we sat him," said Spurs coach Gregg Popvich, who did not expect Robinson to miss any games.

Kidd was 11-for-19 from the field and had five points during the decisive run in the fourth as Phoenix sprinted away from a 78-78 tie.

"With David out in the second half, (Duncan) was the only guy they could go to down low," said the Suns' Antonio McDyess, who had 10 points and 12 rebounds.

Kevin Johnson had 14 points for Phoenix, and Danny Manning 12.

The Spurs, outscored by 10 in the fourth quarter of a 106-105 loss to Seattle on Wednesday night, faded in the final period again. The Suns held a 24-14 advantage in the fourth.

With 7:27 left, Avery Johnson's running hook gave the Spurs a 76-74 lead - their first since the first quarter. Manning answered with a layup, and Johnson put Phoenix back on top with a jumper.

Notes: The Suns' 33-16 record is their best since the 1994-95 season, when they finished with the second-best record in franchise history (59-23). Phoenix didn't win its 33rd game last season until March 30. ... Kidd surpassed his season scoring average (10.4) in the first quarter, with 14 points. ... San Antonio is 7-3 when starting Robinson, Duncan and Perdue together on the front line.