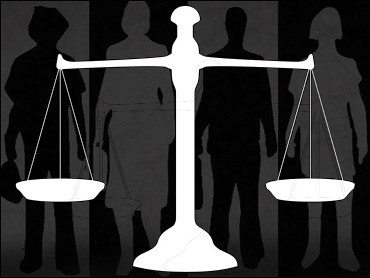 A state judge suspended the criminal cases against nearly 100 people Monday over concerns they can't get adequate representation from the city's struggling indigent defenders office.

Judge Arthur Hunter Jr. halted prosecutions of 98 defendants and ordered the release of 20 who had been held in jail. Last month, he suspended prosecution for 42 other poor defendants.

The charges were not dropped, he told dozens of defendants in his court, but until they get lawyers they won't be prosecuted.

"Either the court or an attorney will be in contact with you," Hunter told them.

Orleans Parish District Attorney Eddie Jordan said he would ask an appeals court to block the release of prisoners.

"We don't think the answer is to release people onto the streets," he said.

For months, Hunter has been battling what he sees as the office's inability to adequately represent the city's hundreds of poor defendants since Hurricane Katrina wrecked the criminal justice system. The storm scattered thousands of jailed pretrial inmates to prisons across the state, where most waited for months for any contact with a lawyer.

Katrina also sabotaged the system financially. Three-quarters of the defenders office's budget was financed by traffic court fines, but that revenue dried up after Katrina devastated the city in August 2005. A justice department study said the office needs between $7 million and $10 million a year to operate.

Hunter is the only judge among the 13 in Orleans Parish Criminal Court suspending prosecution or releasing prisoners, Jordan noted.

Hunter says it's the state's responsibility to provide funding for attorneys for the poor.

Jordan was not sure what the charges against the latest group of defendants were, but he said they were probably mostly drug charges and some cases of theft.