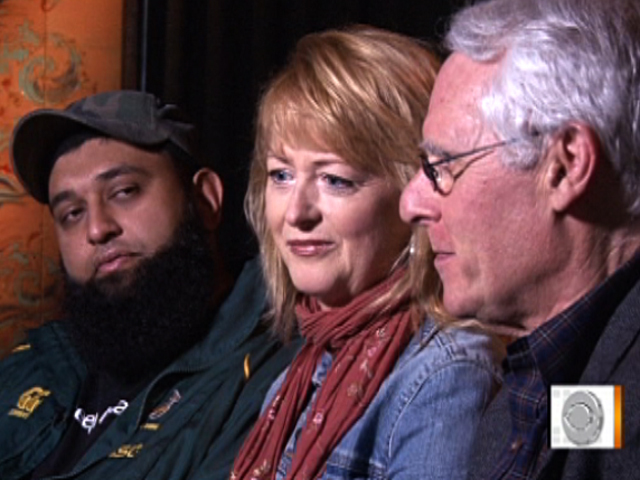 A Jewish rabbi, a Christian minister and a Muslim comedian step onto a stage together. It sounds like the set-up to a good joke but, as it turns out, it's actually happening.

The Laugh in Peace Comedy Tour, established by a Jewish rabbi more than a decade ago, brings together comedians from different faiths to share jokes with audiences.

Beneath the laughs, though, is a serious message of healing, understanding and tolerance at a time when tensions among different religions is running high.

"The Early Show" caught up with the members of the comedy tour recently at a show for college students at the University of Tennessee. Check out their story, in their own words, in the video below.