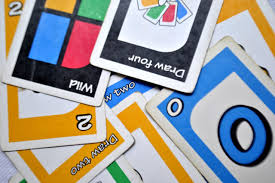 JUNEAU, Alaska --On April Fool's Day, the capital of Alaska was going by the name of card game UNO, not Juneau. No joke.

It was a play on words and part of a promotion with game and toy maker Mattel Inc., which is drawing attention to new wild cards in its UNO game by partnering with the mountainous city.

Juneau's website on Friday said "Welcome to UNO!" and featured a new logo. The city's Facebook page also promoted the change, and a banner flew outside a downtown municipal building.

The money will go toward programs for at-risk youth, foundation executive director Amy Skilbred said. Mattel also was providing hundreds of decks of cards to residents.

City Manager Kim Kiefer made clear that the name swap would be for one day only. She said the promotion is a way to draw attention to Juneau, a tourist destination known for the Mendenhall Glacier, whale watching and its outdoor lifestyle.

She called it a fun spoof.

"I just think it's a win for everybody," Kiefer said. "And I think it's important for us to sit back and laugh once in a while."

Michael Backus, 20, who works at a coffee shop, said the temporary name change was cool.