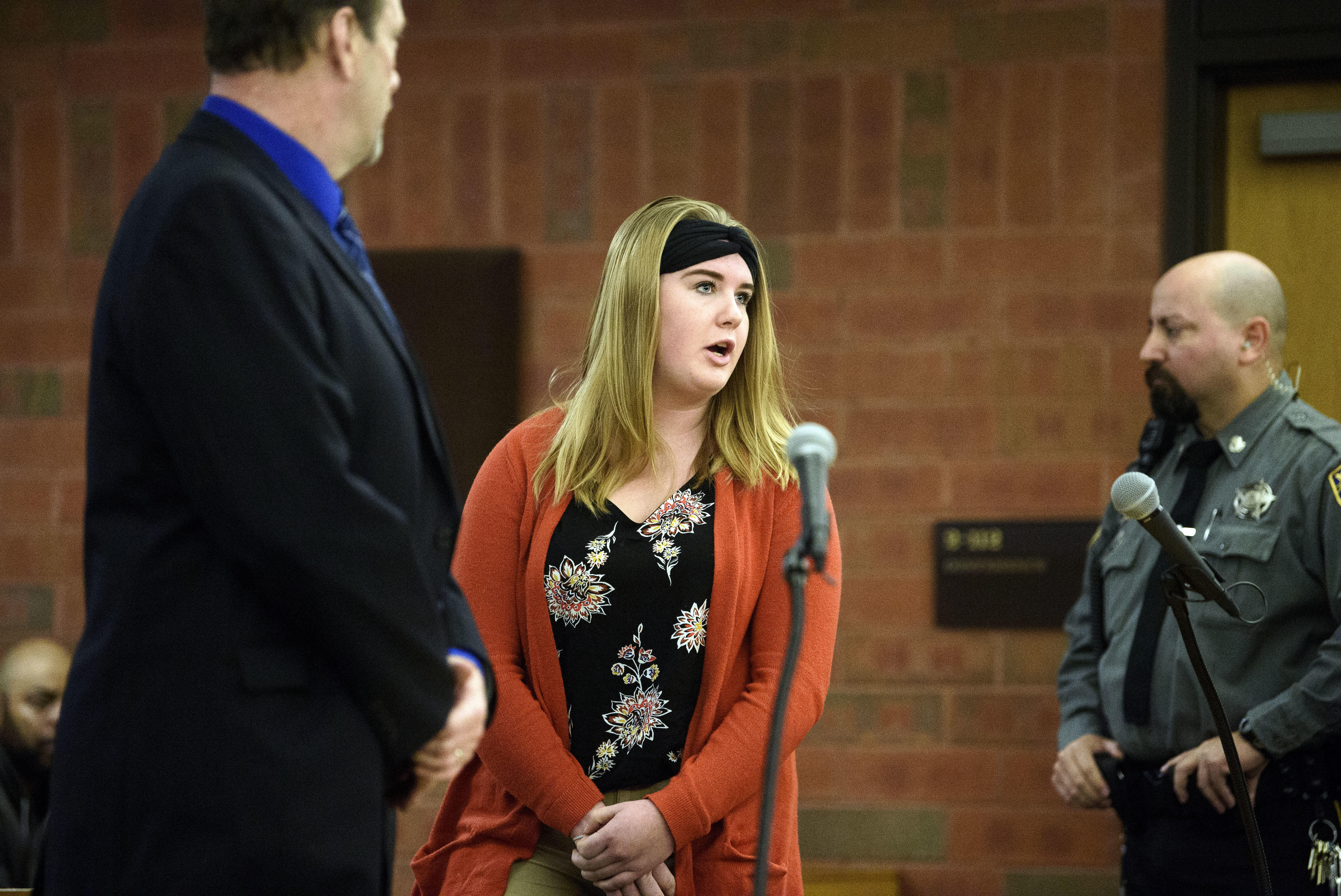 HARTFORD, Conn. -- Prosecutors did not file additional charges Monday against a former college student accused of smearing body fluids on her roommate's belongings. The state NAACP and other civil rights advocates have asked the state to add a hate crimes charge to the criminal mischief and breach of peace counts facing 18-year-old Brianna Brochu, of Harwinton.

Brochu pleaded not guilty Monday and requested a jury trial, reports the Hartford Courant. The case was continued until Jan. 29.

Police say the former University of Hartford student, who is white, wrote on Instagram in October about rubbing used tampons on her black roommate's backpack and putting her roommate's toothbrush "where the sun doesn't shine." She also called her roommate "Jamaican Barbie," and wrote that she put moldy clam dip in her roommate's lotions and spit in her coconut oil.

West Hartford police had initially asked a judge to add a felony bigotry charge. The Hartford State's Attorney's office has declined to discuss the matter other than to say their decisions are guided by the evidence and the law, reports the Courant.

University President Greg Woodward has called Brochu's alleged behavior "reprehensible" and said she is no longer a student at the school. He said a no-contact order was put in place and the case was immediately turned over to local authorities once the allegations were reported to university public safety officials Oct. 17.

"The incident has brought about accusations of racism, and I want you to know that I hear and share your anger and frustration," Woodward said in an October statement. "Acts of racism, bias, bullying, or other abusive behaviors will not be tolerated on this campus."

Brochu's lawyer, Tom Stevens, has said her actions were not racially motivated.

"I think that when it's all said and done, what you're going to see is that there was nothing racist that motivated this," Stevens told reporters outside the courthouse after a hearing last month. "These were two students who were placed together....who didn't like each other....and it escalated."

NAACP members and other advocates again gathered at the courthouse Tuesday to call for felony hate crime charges, reports the Courant.

"We expect (the prosecutors) to fight on behalf of the people of our community," Connecticut NAACP president Scot X. Esdaile told the paper. "This is a hate crime. Let's stop playing games. Let's stop pushing this away."

Brochu left the courthouse without speaking to reporters.