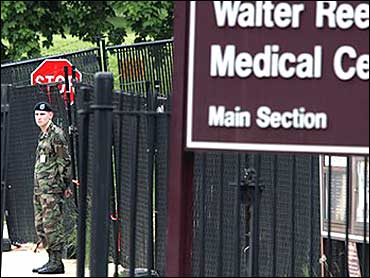 When I was in the Air Force – a long, long time ago – I was told there were only three acceptable answers when the commander called you on the carpet: "yes, sir," "no, sir," and "no excuse, sir."

Nowhere is "no excuse, sir" more appropriate than in response to the disgraceful treatment we now know that many of our wounded soldiers have been getting.

"No excuse, sir," across the board: from an administration that forgot "support the troops" is more than a bumper sticker; to a military that tried to blame it all on low ranking sergeants.

To a Veterans Administration whose leaders tried to play down the number of serious injuries, yet were so unfamiliar with their own system that too many times, the injured were sent to facilities unequipped to treat their particular injuries.

And, yes, to a Congress and news media that should have uncovered this long ago.

Only three people rise above this mess: Washington Post Reporters Dana Priest and Anne Hull and the remarkable Bob Woodruff of ABC News.

The Posties did what the rest of us should have. When they heard the rumors, they took the time to check them out. Not rocket science, just the first obligation of journalism.

Then there is Woodruff, who went to Iraq to get one story, was badly wounded and after months of treatment recovered to find another: the unacceptable way that many who suffered the kind of serious brain injury he suffered were lost in a nightmare of red tape and going without the treatment they needed.

The rest of us should have paid more attention. We can only be grateful to three who did.

A Demented Doctor Of Death