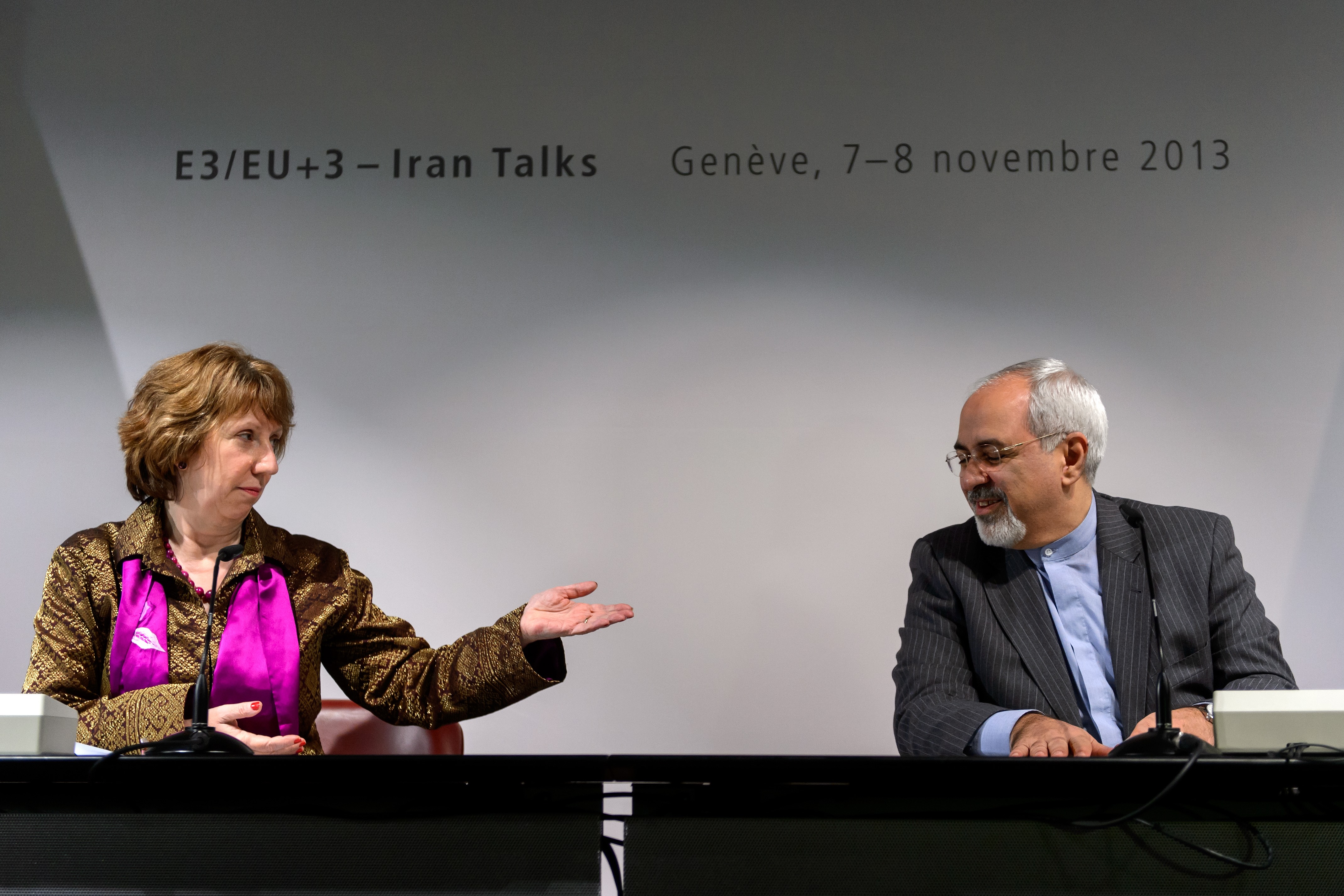 Both sides badly wanted agreement. The U.S. and its five partners were looking for initial caps on Iran's ability to make an atomic bomb, while Tehran sought some easing of sanctions stifling its economy.

But France would not soften its concerns over Iran's plutonium project and the level of its uranium enrichment program.

Kerry, speaking to reporters after the talks broke up, acknowledged there were "certain issues that we needed to work through."

"We're grateful to the French for the work we did together," Kerry said.

The talks showed the enormous complexity facing negotiators after a generation of mistrust between Iran and the West since the Islamic Revolution of 1979. Any agreement would be a breakthrough after nearly a decade of mostly inconclusive discussions.

Still, Kerry's talks in Geneva were the longest high-level negotiations between Iran and the United States in decades - a sign of the improved atmosphere between the two countries since moderate President Hassan Rouhani took office in August.

As the talks foundered after initial signs of progress, Kerry rushed to Geneva on Friday, followed by counterparts from Russia, China, Britain, France and Germany, to try to push through an agreement.

That failed, with disputes between the two sides complicated by rare open dissent within the six powers. France rejected a joint list of demands on Iran, saying they were too generous to result in sanctions relief.

After the talks ended, top EU diplomat Catherine Ashton spoke of "a lot of concrete progress" but also of "some differences."

Iranian Foreign Minister Mohammad Javad Zarif said he hoped those disagreements will be resolved at a future meeting.

The two said the talks would resume Nov. 20 with Ashton and Zarif in attendance, but the other delegations will be led by senior civil servants instead of foreign ministers.

Prospects for an agreement dimmed after French Foreign Minister Laurent Fabius raised objections to a draft that the French had previously agreed to. Fabius spoke of "several points that ... we're not satisfied with compared to the initial text," telling France-Inter Radio his nation does not want to be part of a "con game."

He did not elaborate, but it appeared France wanted tougher constraints on a reactor that will make plutonium when completed, and on parts of Iran's uranium enrichment program.

Although Kerry publicly played down the differences with Fabius, other diplomats at the talks said the last-minute objections came as a surprise and complicated the chances of agreement. They demanded anonymity because they were not authorized to comment on the closed negotiations.

Ashton praised Fabius, saying he came to Geneva 'determined to try and help support this process."

Iran's Arak reactor southeast of Tehran could produce enough plutonium for several nuclear weapons a year once it goes online, which is expected to happen next year. Fabius said France was seeking a freeze on construction during negotiations.

He also spoke of disagreement over efforts to limit Iran's uranium enrichment to levels that would require substantial further enriching before they could be used as the fissile core of a nuclear weapon.

Iran insists it is pursuing only nuclear energy, medical treatments and research. It has said it is ready for concessions if sanctions are lifted.

Iran currently runs more than 10,000 centrifuges that have created tons of fuel-grade material that can be further enriched to arm nuclear warheads.

Prior to Kerry's trip to Geneva, CBS News national security analyst Juan Zarate had said of the negotiations at the time: "What you see are incremental steps to not only build trust but to start to move toward the path of real concrete diplomatic deliverables," On the U.S. and P5-plus-one side --the permanent members of the U.N. plus Germany that are negotiating with Iran--they want Iran to stop their nuclear program. They want in essence a freeze of any developments in the nuclear program, in part to be able to buy time and to build trust in the negotiations. The Iranians, on the other hand, want some degree of relief from the sanctions and at least a signal that that can happen. So the administration has been talking about putting on the table temporary sanctions relief that could be reversible if the Iranians don't adhere to their agreement."

Kerry came to Geneva from Tel Aviv, where he met with Israeli Prime Minister Benjamin Netanyahu, who has criticized what he considers readiness by the six powers to be too generous to Tehran for little in return.

Kerry addressed such concerns Sunday, saying he understood the "the very strong feelings about the consequences of the choices we face for our allies, and we respect that."

He held out hope for a deal "in the course of the next weeks," adding: "We are closer now ... than we were when we came."