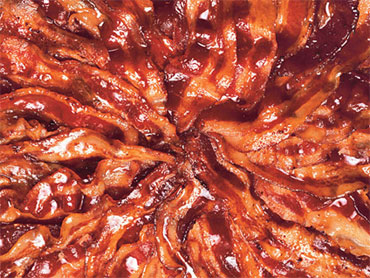 Germany's parliament voted no confidence in Gerhard Schroeder's government at the chancellor's own request Friday, setting the stage for new elections amid economic sluggishness and growing discontent with proposed economic reforms.

Schroeder then met with President Horst Koehler, who holds final say over whether a new vote would be held this September.

The confidence motion received 151 votes, well short of the 301 needed for the government to remain in power, as members of Schroeder's own party obeyed his request to abstain. There were 296 "no" votes and 148 abstentions in the 601-seat Bundestag lower house.

Koehler now has 21 days to decide whether to accept the result and call an election, which probably would be held Sept. 18. However, in one of the few situations where the largely figurehead president can wield decisive influence, he can reject the vote and ask Schroeder to continue in power.

Schroeder told legislators he needed a new mandate to govern after a series of defeats for his party in regional elections.

"Without a new mandate, my political program cannot be carried forward," Schroeder said.

His party trails badly in the polls, but he vowed to win back voter support "to continue what has been begun."

"Mr. Chancellor, this will naturally be an election about the country's direction, an election with the question: Will politics go on as usual, or will there be policies that move Germany ahead?" she said.

With Merkel's Christian Democrats leading the polls by 17 percent, an early election could shake up Europe's biggest economy and a European Union already in crisis after French and Dutch voters rejected a draft continental constitution.

Schroeder has struggled against rising unemployment and economic stagnation, hindered by party members who do not like the limited pro-business measures he took to relieve the costs to companies from Germany's extensive system of social benefits and worker protections.

His reformed, dubbed "Agenda 2010," have not yet led to more growth, which was 1.7 percent last year after three years of being near zero.

Schroeder also has not made a dent in unemployment, which is at 11.6 percent with some 4.7 million out of work, compared with the 3.9 million when he took office in 1998.

The chancellor narrowly won re-election in 2002, helped by his opposition to the U.S.-led invasion of Iraq.

Legally, Schroeder must convince Koehler that his Cabinet no longer has the support in parliament it needs to govern. The proposal has met with some skepticism, since the governing coalition retains a majority — although a thin one of 304 seats.

Koehler's decision is crucial since the constitution does not permit parliament to dissolve itself.

Deputies and minor parties have vowed to challenge the confidence procedure in court, adding another possible complication.