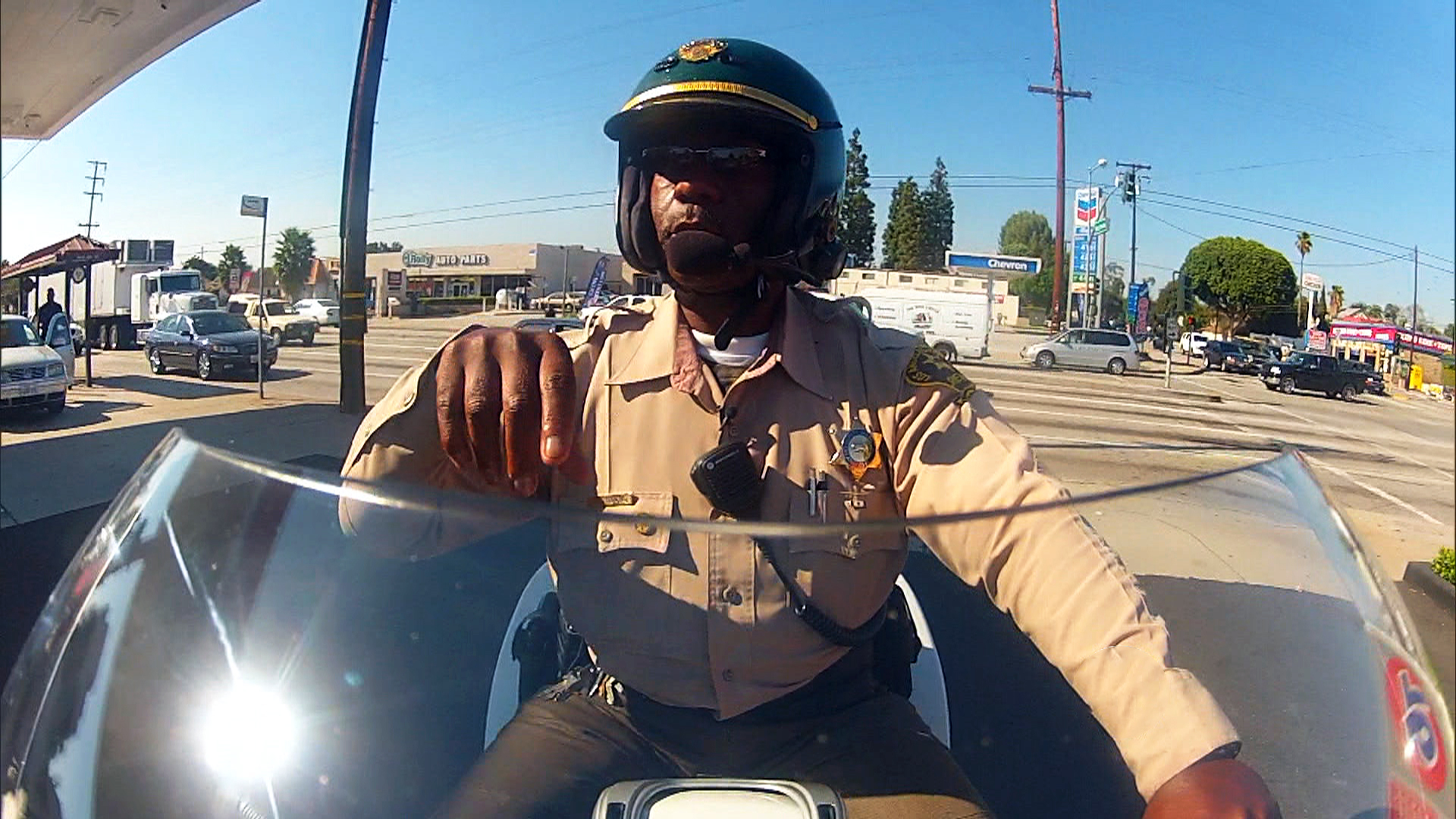 (CBS News) LOS ANGELES - Nobody likes to see a motorcycle cop in the rear-view mirror. But we happened to run into a cop who holds the record for civilian complaints. So where did he find him? "On the Road," of course.

This is L.A. Sheriff's Deputy Elton Simmons, and I bet you don't like him already. Seeing him there, hiding in the shadows.

'Why can't he go catch some real criminals,' you may be thinking. Or, 'No wonder he has a record number of complaints.' Who wouldn't complain about a guy whose sole purpose in life is to ruin your day?

By the very nature of the business, all L.A.County traffic cops can expect to get at least a few complaints every year. A lot of them are petty -- people just mad because they got a ticket. But regardless, they all get documented and placed in the officer's personnel file.

Which is why Capt. Pat Maxwell was stunned when he started looking through Simmons' file. "I just said that's not possible," he said.

Although he did see lots of commendations looking back over the last 20 years -- over the last 25,000 traffic stops, Capt. Maxwell couldn't find one complaint. A record zero.

"I mean, Vegas or M.I.T could not give you the odds of the statistical probability of that," said Maxwell.

Obviously Elton is doing something right. "It's gotta be something," he said and acknowledged he had no idea.

Until the captain told him, Elton didn't even know he had such a record, let alone how he got it. "It's just how I do it every day," he said.

So we trailed him for a day to see if we could figure out how he does it.

The first thing I noticed was that he has this pitch-perfect mix of authority and diplomacy, with none of the attitude that sometimes comes with a cop.

That's why, in lieu of a lecture, he gives most people the benefit of the doubt instead. Of course they still get the ticket -- just not the guilt trip.

The drivers seem to appreciate that -- so much so that by the end, some are downright smitten.

"You know what it is, it's his smile," said driver Mike Viera, who just got a ticket. "He's got a great smile. He's a nice guy. How could you be mad at that guy?"

Apparently, you can't. Time after time, ticket after ticket, we saw Officer Simmons melt away a polar ice cap of preconceptions.

And his boss said there's a lesson in there for hard-nosed traffic cops everywhere.

"Their excuse is, 'Well, I give tickets all day long, I'm going to get complaints,'" said Maxwell. "Well, that's not true. There is a way to do it. And Elton Simmons is the way."