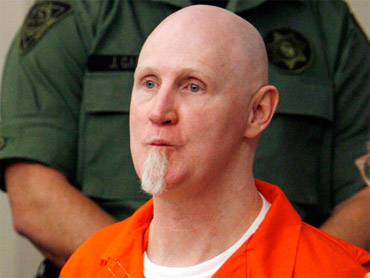 SALT LAKE CITY (CBS/AP) Convicted killer Ronnie Lee Gardner was dealt two blows Monday when the Utah Supreme Court denied his appeal as well as his bid for clemency, and is now scrambling to block his execution by other means.

Gardner, who has spent the past 25 years on death row for murdering an attorney at a courthouse, will more than likely be executed by a firing squad on Friday.

Gardner and his defense attorney Kevin Parnes wanted the Utah Board of Pardons and Parole to show mercy and change the inmate's death sentence to life in prison without the possibility of parole.

According to Parnes, the Utah man who claims to have had a troubled childhood sought clemency because he wanted to help make life better for other children whose childhoods had been marred by domestic abuse and addiction.

His bid was unanimously denied Monday, but Ronnie Lee Gardner's attorneys are now ramping up a federal civil rights lawsuit filed last week against the Utah Board of Pardons and Parole. Gardner contends the commutation hearing process is tainted because lawyers that represent the board and the state prison all work for the Utah attorney general's office - the same entity that sought Gardner's death warrant and argued against a commuted sentence.

U.S. District Court Chief Judge Tena Campbell set a hearing for 7 p.m. Tuesday to hear Gardner's petition for a stay of execution while he pursues his lawsuit.

With Gardner's execution fast approaching, Parnes had also attempted to appeal his client's death sentence one last time before the Utah Supreme Court. He argued that at the onset of Gardner's trial in 1985, his client lacked funding and legal representation, which compromised his defense.

But the condemned inmate's hopes were dashed Monday when the court ruled that the 49-year-old had run out of chances to challenge his death sentence. The court stated that they found no "overriding issues of justice" to consider that would lead them to overturn Gardner's execution.