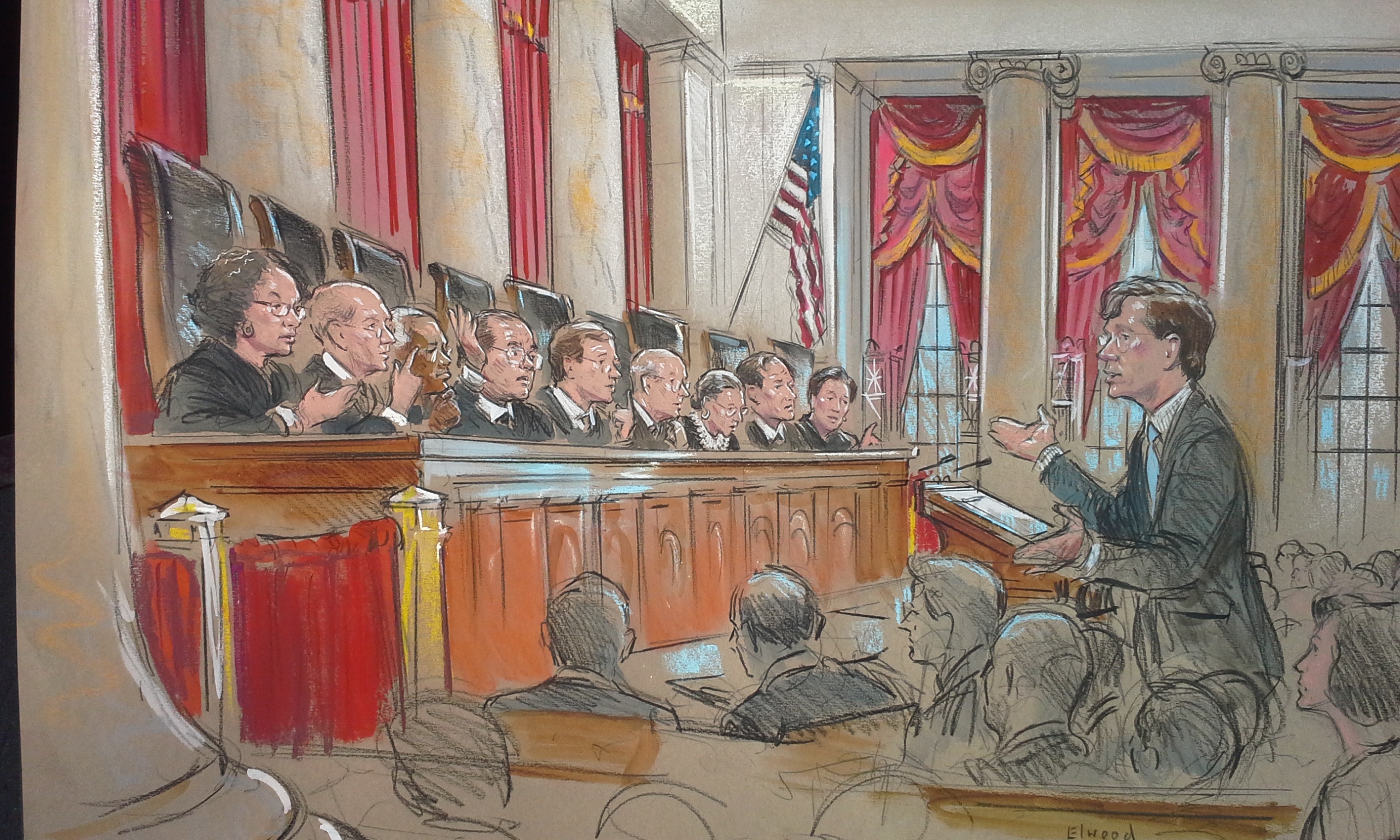 The nine justices on the Supreme Court gave no clear indication on Monday of how they might rule in a potentially significant case regarding free speech on the Internet.

Anthony Elonis was convicted of making threats of violence and sentenced to nearly four years in prison after posting hostile messages on Facebook about his community and his then-estranged wife, after she obtained a protective order against him. Elonis claims his threats weren't serious and that he was merely posting original rap lyrics. The conviction was a violation of his First Amendment right to freedom of speech, his lawyers argue.

The case is the first major test of free speech rights on the Internet, but the court's eventual ruling could apply to more traditional forms of communication. CBS News correspondent Jan Crawford reports that after hearing complicated and convoluted arguments from both Elonis' lawyers and government lawyers, the justices seemed skeptical of both sides.

"The justices were all over the place because this is a really complex issue," Crawford reported after the arguments. "No one could tell you after this argument how the court is going to decide this case because I don't think the justices know."

John Elwood, an attorney for Elonis, said after the arguments that he thought they went "reasonably well" but agreed the outcome would be "very hard to tell."

He said that a victory for the government in this case could have far-reaching consequences for communications online, where the intent of one's message is not always clear.

"Increasingly people who speak on the Internet, which is where much speech happens today... could be held subject to felony liability not because they intended to, you know, threaten anybody but because somebody misinterpreted their comments as a threat," Elwood said. "That is a risk on the Internet, where you're frequently speaking to people, you know, without the context of tone of voice, body gestures, and frequently talking to people who you don't even know in the physical world."

Jeff Dion, deputy executive director of the National Center for Victims of Crime, said after Monday's arguments that the government made a strong case.

Throwing out Elonis' conviction would effectively "make a rulebook on how to legally threaten your spouse," Dion argued. Justice Samuel Alito indicated he agreed with that point, according to Scotusblog.

Should Elonis win, it would invalidate a majority of stalking statutes in the U.S., Dion said.

If "there is a requirement that the defendant actually intended to place the victim in fear, it could become much more difficult for the government ever to get a conviction for stalking," he said.

Stalking is a precursor crime which often leads to sexual assault and homicide, he pointed out. The majority of women who were murdered by current or former intimate partners were stalked in the 12 months preceding their death.

Paulette Sullivan Moore of the National Network to End Domestic Violence added that "a threat is a threat," whether it comes via social media or otherwise.

"If I leave the message on your windshield, or post it on your door, or post it on the Internet -- however I communicate, whatever medium I use to communicate the threat -- doesn't make it any less a threat," she said.

According to Scotusblog, "The Justices did not spend a lot of time analyzing whether the Internet was different from other forums of communications, [although] now and then a Justice would throw in a presumably knowing reference to Eminem or to rappers more generally."