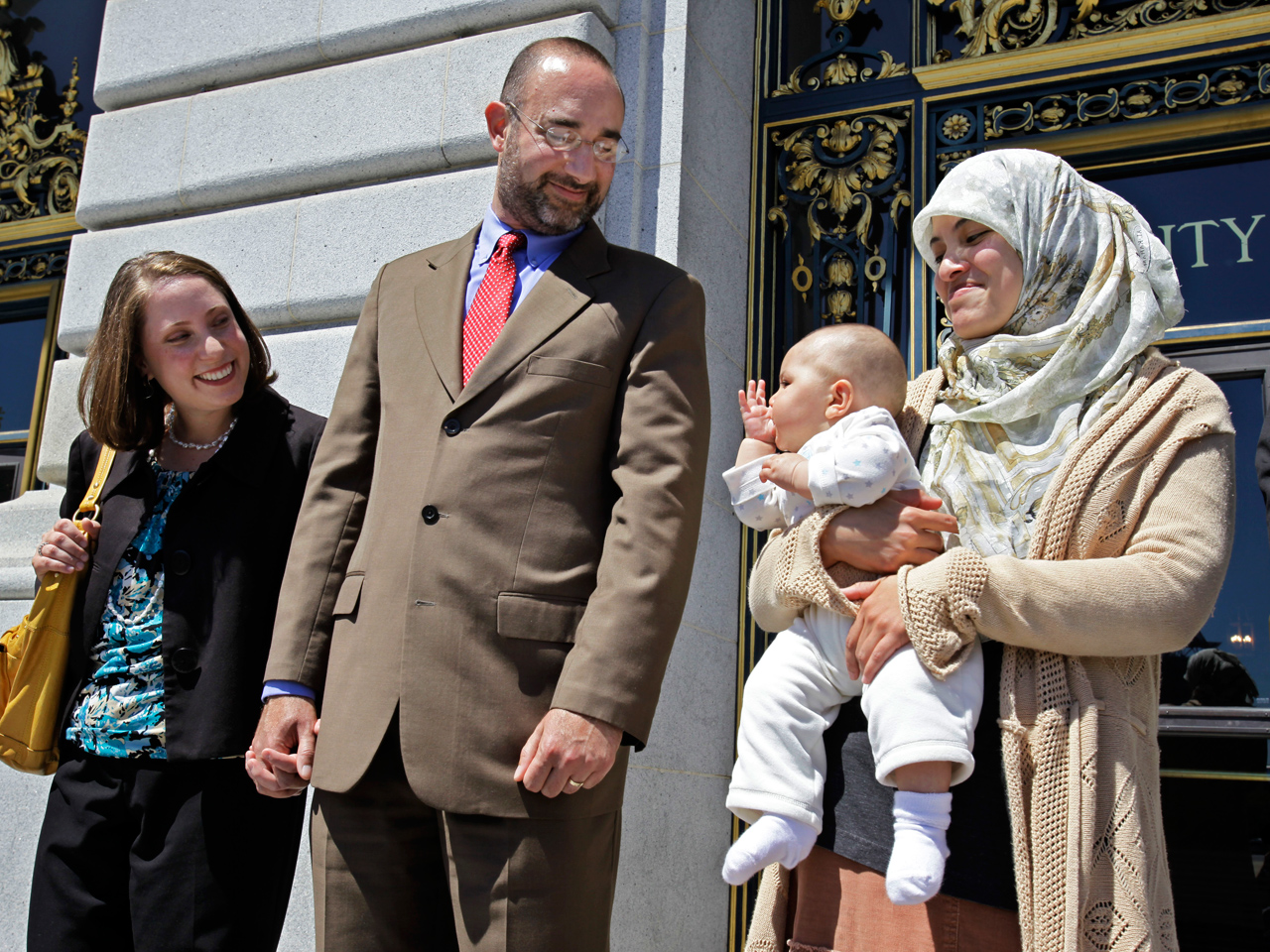 (CBS/AP) Cut it out. That's the message a group of Jews and Muslims want to deliver to proponents of a proposed circumcision ban scheduled to be on the ballot in San Francisco ballots this November. And now they've taken their message to court.

"It's a measure that would basically infringe upon my rights as a Muslim to practice here," said plaintiff Leticia Preza, 31, who has a 4-year-old son and baby daughter. "It would also take away my rights as a parent to choose what's a good procedure for my child."

Other plaintiffs share similar sentiments. "As Jews, we take the threat of banning circumcision personally," said Jeremy Benjamin. "This measure singles us out, along with the Muslim community, as illegitimate and unwanted in our own city."

The city by the bay is set to be the first U.S. city to hold a public vote on banning male circumcision, after city officials confirmed last month that the initiative had enough signatures to qualify for the ballot.

The proposed law would ban circumcision on males under the age of 18. What if a child is born into a religion that requires circumcision? It wouldn't matter - the scalpel wielder would face a misdemeanor charge punishable by a $1,000 fine or up to one year in jail.

Supporters of the ban say male circumcision is an unnecessary, painful, form of genital mutilation that parents should not be allowed to force on their child.

But the measure faces fierce opposition, especially among Jews and Muslims who consider circumcision a sacred religious rite. They say the ban would violate their constitutional rights.

International health organizations promote male circumcision to help reduce the spread of the AIDS virus, but there hasn't been the same kind of push in the U.S., because nearly 80 percent of American men are already circumcised, compared with a 30 percent average worldwide.

The American Academy of Pediatrics says the procedure cuts both ways. In its official policy statement on circumcision - updated in 2005 - the academy says circumcision has the potential to reduce the risk for bladder infections and help prevent transmission of sexually transmitted diseases like HIV/AIDS. But they also say there's anecdotal evidence of potential downsides, like pain and a reduction in sexual sensation.

No matter how you slice it, this is one emotionally charged debate.

Tell us what you think about male circumcision.