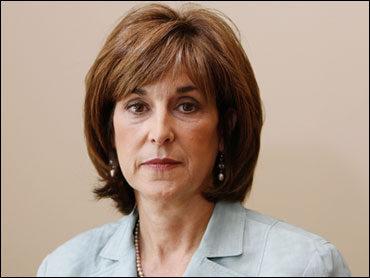 Foti said the doctor and nurses had determined the patients were too ill to be moved.

Pou has emphatically denied murdering anyone, and lawyers for the three have said they acted heroically by staying to treat patients rather than evacuating.

"I did not murder those patients," Pou told 60 Minutes correspondent Morley Safer last fall. "I've spent my entire life taking care of patients. I have no history of doing anything other than good for my patients."

The Orleans Parish grand jury had been investigating the allegations since March.

Charges against the nurses, Lori Budo and Cheri Landry, were dropped after they were compelled to testify last month before the grand jury under legal guidelines that kept their testimony from being used against them.

Assistant District Attorney Michael Morales had asked the grand jurors to return one charge of second-degree murder and nine of murder conspiracy against Pou.

He declined to comment after the judge read their decisions rejecting each charge.

When the levees broke in New Orleans following the hurricane's landfall, 80 percent of the city flooded. The lower level Memorial Medical Center was under 10 feet of water, and electricity was out across the city. Inside the hospital, the temperature topped 100 degrees.

At least 34 people died at Memorial, many from dehydration during the four-day wait for rescuers to evacuate them.

Other doctors who were there described the situation as resembling a wartime situation rather than an urban American hospital.

The four patients Pou was accused of killing ranged in age from 61 to 90. Foti said all four would have survived if they hadn't been given morphine and midazolam hydrochloride.

According to Attorney General Charles Foti, some of the patients had Do Not Resuscitate orders on their charts, others did not. "Do not resuscitate does not mean do not rescue," Foti told Safer.

Pou, whose specialty is eye, ear, nose and throat surgery, gave up her private practice after she was arrested and has been teaching at LSU medical school in Baton Rouge.