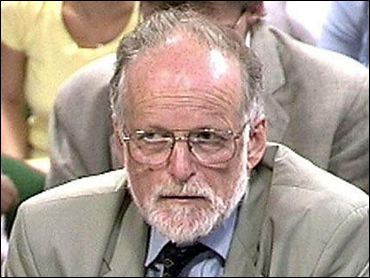 A judge cleared British Prime Minister Tony Blair's government on Wednesday of any direct involvement in the suicide of a British expert on Iraqi weapons, but a newspaper's claim to advanced knowledge of the ruling sparked further controversy.

Senior appeals judge Lord Hutton said he was satisfied that nobody involved in the matter could have foreseen that expert David Kelly would take his own life after he was named as the anonymous source of a controversial BBC report accusing the government of exaggerating claims about Iraqi weapons to bolster support for war.

Hutton also said the British Broadcasting Corp. report that Blair's government had manipulated its intelligence in a dossier about Iraq's weapons was unfounded. He specifically rebutted the BBC report that the government had "sexed up" the dossier.

The BBC had quoted its source as saying Blair's government had "sexed up" an intelligence dossier on Iraq's arms to bolster its argument for the war in Iraq.

The subsequent feud between the government and the BBC over the report raised widespread concerns about Blair's integrity and led to the biggest crisis of his seven years in office.

BBC chief executive Greg Dyke accepted that "certain key allegations" in its report were wrong and the BBC apologized. But he said the network had never accused the prime minister of lying.

Gavyn Davies, chairman of the BBC's board of governors, announced his resignation shortly after Hutton's report went public, and the governors said they accepted it "with great reluctance and regret."

The apparent leak of Hutton's findings in the closely guarded verdict to The Sun newspaper outraged the government and opposition lawmakers, who both called for an inquiry into the source.

Downing Street and the BBC both denied they were the source of the leak and opposition Conservative Party leader Michael Howard called for a police investigation.

In a statement, Blair's official spokesman said the prime minister was very angry about the leak and supported a full inquiry.

The BBC said that it set aside special rooms for those authorized to see it in advance and any notebooks used were kept within the locked rooms.

The Sun said the leak was from someone who had nothing to gain, politically or financially.

Blair and the other principals in the case received their copies of Hutton's lengthy report on Tuesday. The prime minister planned to address the House of Commons and take questions on Wednesday afternoon, facing an opposition which has already accused him of lying.

Hutton's hearings, lasting most of August and September, transfixed the country, which remains deeply divided about Blair's decision to back the U.S. attack on Iraq.

Kelly apparently killed himself in July, with his left wrist slashed, within days of being publicly identified by officials as the anonymous source of a BBC news report which accused the government of "sexing up" an intelligence dossier on Iraq's alleged weapons of mass destruction. The news report had set off a furious battle between the broadcaster and the government.

The retired chief U.S. weapons inspector David Kay said last week that he concluded that Saddam Hussein had no such weapons — weapons that were the basis of Blair's case for war.

Hutton pored over documents, e-mails, official minutes and extracts from the personal diary of Campbell, Blair's former communications director, which provided extraordinary insights into the interplay of politics and policies at the highest level.