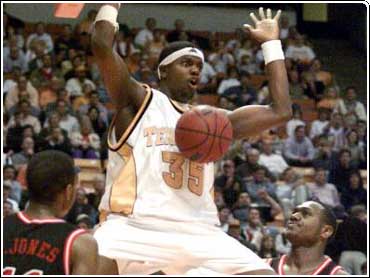 No. 8 Tennessee beat Georgia 110-83 Wednesday night. It it was the Volunteers' depth.

"It's good that we've got guys that can come in and contribute," Harris said of the four other players who scored in double figures.

With the victory, Tennessee (20-3, 8-2 Southeastern Conference) reached the 20-win plateau faster than any other team in school history.

The Vols turned up the defensive pressure and outscored the Bulldogs 21-12 over the rest of the half. Yarbrough scored eight points in a three-minute span, including a tip-in at the buzzer, that gave the Vols a 44-38 lead.

On the strength of eight 3-pointers in the second half, the Vols came up with their highest point total of the season.

"The first half was disappointing," Tennessee coach Jerry Green said. "But we picked it up in the second half."

D.A. Layne scored a career-high 30 points to lead Georgia, while Shon Coleman had 25 points and 15 rebounds.