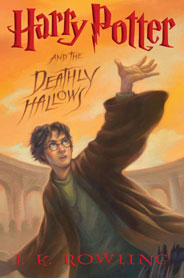 Tennessee's seven-game road swing included stops in Hawaii and New Jersey. Then the No. 6 Volunteers' trip really got interesting.

Isiah Victor scored 12 of his career-high 34 points in the two overtimes to lift Tennessee to a 96-88 victory over Auburn on Saturday in a wild SEC opener.

"It is not easy to win on the road in the SEC," said Tennessee coach Jerry Green, whose team went 6-1 on its trip and is 14-1 overall. "Everybody is going to give us their best shot."

With point guard Tony Harris struggling, Vincent Yarbrough added 23 points, including three clutch free throws, and Ron Slay had 10. The Tigers (10-4) have only one player who had started more than one league game before Saturday.

Auburn hit only two field goals in the second overtime after rallying from a six-point deficit late in regulation.

"We knew we should not have been in that position," said Yarbrough, who also had eight rebounds and seven assists. "We're a little disgusted with ourselves."

The Tigers, using a four-guard lineup, were led by Jamison Brewer's career-high 21 points. Adam Harrington had 15 points and Marquis Daniels 13. Abdou Diame and Lincoln Glass both scored 12, and Scott Pohlman added 11. Diame had a career-high 12 rebounds.

Auburn players and coaches questioned a foul call by referee David Dodge late in the first overtime. The Tigers took an 80-77 lead on Brewer's 3-pointer with 58 seconds left. He was fouled by Victor but missed the free throw.

Then, Harrington was called for a foul on Yarbrough's 3-pointer when there appeared to be minimal contact.

"It was the key to the game," Auburn coach Cliff Ellis said. "I didn't have a good view of the play. When Yarbrough did get up there (to the ful line), he made them. We missed foul shots. We had our opportunities."

Harrington said he didn't think he made contact, but it was "a judgment call." Brewer was less diplomatic.

"That was a terrible call," he said. "Everything went bad after that call."

The Vols scored the first four points of the second overtime and hit nine of 13 free throws.

Harris' only field goal, a 3-pointer, and Yarbrough's putback gave the Vols an 89-82 lead with 1:35 to play. Harris had just seven points, half his season average, but added five assists.

Six of the eight Tigers who played scored in double figures. Auburn started two sophomores, a freshman and a junior college transfer.

"We're going to have to fight and scratch the rest of the way," Ellis said.

Auburn trailed 71-65 with just over a minute to play in regulation before Harrington hit his third 3-pointer of the second half. Brewer followed with a steal and a three-point play to tie the game with 1:08 left.

Both teams had chances after that. Harrington's shot was rejected by Victor, and Kyle Davis deflected Jon Higgins' shot at the other end as time expired.

Tennessee dominated much of the second extra period. Auburn closed to five points on Pohlman's 3-pointer with just over a minute left and Harris missed two free throws.

But Auburn couldn't capitalize and Tennessee hit 5-of-6 free throws to seal the victory.

In a halftime ceremony Saturday, Auburn - which produced Charles Barkley and Chuck Person retired a basketball jersey for the first time, John Mengelt's No. 15.

Mengelt was a two-time All-American from 1969-71, and spent 10 years in the NBA with four teams. He still holds 10 Auburn records, including career scoring average (24.8), and has the school's top four single-game scoring performances.