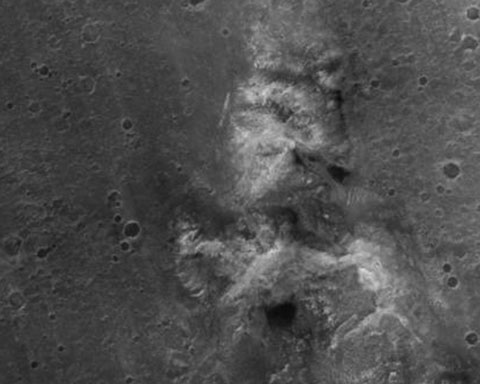 Literally taking things in his own big hands, the 6-foot-11 LaFrentz scored 10 straight points in a decisive stretch in the second half Saturday as No. 4 Kansas beat Kansas State 73-58, whipping the frustrated Wildcats on their home floor for the 15th year in a row.

"I did try to take it upon myself to step up when the team needs me, especially on the offensive end because that's one of my strengths," said LaFrentz, an All-America last season as a junior.

"Paul was in foul trouble, so I figured what the heck, give it a shot."

Paul Pierce, struggling much of the day, went to the bench with four fouls with 9:44 to go and Kansas leading 55-47. The crowd, sensing a rally, came to its feet. But a few minutes later LaFrentz worked inside for a layup that made it 61-49, and then scored Kansas' next eight points.

With 1:56 to go, he ended the spree with a flourish, taking the ball just outside the 3-point line as the defense bunched inside and waited for him to charge.

But instead he stopped and drilled a 3-pointer, making it 69-58.

"Why not give him the ball?" Pierce asked. "He was making it all."

"That must be really demoralizing to a defense," Robertson said. "He was great in the last four minutes. He was really incredible."

LaFrentz, whose broken finger caused him to miss Kansas' 69-62 victory over Kansas State in Allen Fieldhouse last month, finished with 24 points as the Jayhawks (27-3, 11-1 Big 12) crept within one win of clinching a tie for their second straight conference title.

Kansas State's 6-foot-8 Manny Dies, who had 26 points against Kansas in their first meeting, had just five in the first half and finished with eight as LaFrentz and T.J. Pugh hounded him all day.

"Raef LaFrentz is a good player," Dies said. "He's solid. I came out and I tried to play the same way, but they seemed to flow in on me a little more."

LaFrentz gave Kansas the lead on the game's first bucket and the Jayhawks never trailed, leading 38-30 at halftime despite Pierce's 1-for-8 shooting.

The Jayhawks quickly went ahead 46-31 in the second half as Pierce and LaFrentz each scored four points in an 8-1 run. But Aaron Swartzendruber's 3-pointer broke Kansas' momentum, and then Ayome May brought the crowd to its feet with a 3-pointer that made it 48-39 with 11:45 remaining.

Kansas State went 7:22 in the second half without a field goal and was also missing guard Duane Davis, who injured his ankle early.
"It wasn't good for us, but that's no excuse," Kansas State coach Tom Asbury said.

Pierce and Billy Thomas wound up with 13 points each for the Jayhawks.

May led Kansas State with 11 points, while Swartzendruber and Marcus McCullough each had 10.