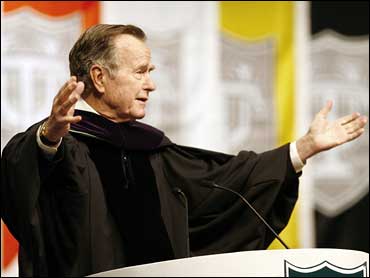 The Blue Devils avenged their first home loss in more than three years in convincing fashion, getting 19 points from Jason Williams and 17 each from Nate James and Carlos Boozer in a 101-68 victory over Florida State.

"This was more of a real Cameron atmosphere, the Crazies were back to normal strength and we were up by 30," junior forward Shane Battier said. "Everything seemed right with the world."

The Blue Devils (20-3, 11-1 Atlantic Coast Conference) inched a step closer to a record-tying fourth straight ACC regular season championship with their 11th consecutive victory over Florida State. Duke, which tied a season high with 12 3-pointers and committed only seven turnovers, can tie for the title with a win Saturday at North Carolina State.

Duke's five starters were in double figures with 15:55 left as coach Mike Krzyzewski notched his 15th 20-win season in 20 years with the Blue Devils.

Meanwhile, the Seminoles (9-13, 4-7) are 1-5 since beating North Carolina in Chapel Hill on Jan. 22, and have lost seven of their last nine. Nigel Dixon led Florida State with a season-high 12 points.

Duke lost in Cameron for the first time since January 1997 a span of 46 games a week ago to No. 22 Maryland. But the Seminoles ran into a determined group of Blue Devils who shot 60 percent in the first half and had a 25-0 advantage on points off turnovers.

"No matter were we're playing I think that you've got to be ready to play and Maryland showed us that," said senior Chris Carrawell, who added 16 points, six rebounds and six assists. "Just because you are playing at home, that doesn't mean you're going to win. That's how we approached tonight."

Florida State led the Blue Devils a month ago by two at the half in Tallahassee, Fla., but had a rough time solving Duke's press this time, coughing it up 14 times in the opening 20 minutes to trail 53-28 at halftime.

"We didn't take care of the basketball and we had talked about that," Florida State coach Steve Robinson said. "If you look at the stat sheet they've got 33 points off of turnovers. You're not going to win many basketball games if you give them freebies like that."

The Seminoles trailed by 10 with 7:49 left in the half before Duke closed with a 22-7 barrage as Williams scored seven points and James made two 3-pointers.

Nothing seemed to go right for the Seminoles. Twice in the first half Duke missed foul shots, only to see a long rebound result in 3-pointers by Mike Dunleavy and James.

The Blue Devils made their first five shots of the second half to go up by 32 points as Robinson yanked his starters out in disgust. The Cameron Crazies then pointed to the starters on the bench and the subs on the court and chanted "Bad team, bad team."

"When you are behind and you're struggling you've got to do something to try to shake them up," Robinson said of his starters, who combined for only 25 points. "I'll tell you what, our second unit played better. They were more aggressive."

Ron Hale, the fourth-leading scorer in the ACC at 16.6 points a game, had another miserable game against Duke. He scored two points in the first meeting and seven this time around as the Seminoles suffered their third worst ACC loss.

"Defensively, they do a good job and they make it difficult for him," Robinson said of his senior, who has never reached double figures against the Blue Devils. "Those are the reasons he hasn't knocked down some of the shots he normally knocks down."