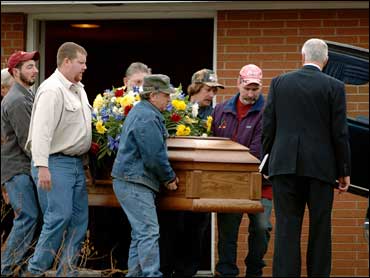 George Washington coach Mike Jarvis turned to his son and assistant coach, Mike II, and asked him if the scoreboard was correct. It showed the Colonials with a 41-22 halftime lead over La Salle.

"It didn't seem like we had a 19-point lead," Jarvis said after No. 22 George Washington cruised to an 82-65 victory over the Explorers Thursday night.

Shawnta Rogers, who led the Colonials with 13 points, said he and his teammates felt good even though they were behind because they realized that they only had to play a little better to take control.

"We just wanted to pick it up," he said. ``We knew our execution was sloppy at the beginning."

The Colonials finished the half 13-of-18, outscoring the Explorers 26-6 to take a 41-22 lead into the second half. Mike King got 12 points during the run, all on layups or rebound baskets, and Rogers added five as the Explorers' defense put up little resistance.

La Salle, which shot 31 percent (9-of-29) in the first half, didn't get many second shots, as the Colonials outrebounded them 17-7 on the defensive board.

By contrast, George Washington didn't miss often in the first half's final 10 minutes, but when the Colonials did, they pulled down the rebound. Overall, the Explorers were outrebounded 27-12 in the half.

"We didn't play hard or with intensity, and I guess you can blame that on the coach," said Explorer coach Speedy Morris, whose team lost its third straight. "It looks like we're going backwards right now."

The Colonials, winners of six straight and 15 of 16, also got 12 points from Yegor Mescheriakov and Alexander Koul.

"It's nice to say to the guys that there's a lot of things we can do better, yet we still won," Jarvis said. "We had enough lessons learned from losses earlier in the year."

The closest La Salle got in the second half was 11 points, when Wesson's layup with 34 seconds to play made it 75-64.