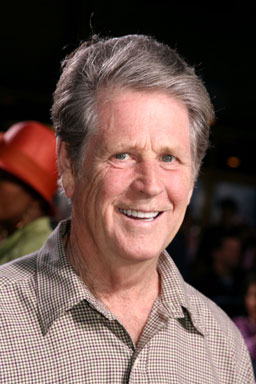 For Oklahoma guard J.R. Raymond, it was just another shot.

For Nebraska, it was a backbreaker.

Raymond's 3-pointer in the final minute finally all but put Nebraska away as the Sooners held off the Cornhuskers 62-54.

"That shot was just a part of my game," said Raymond, who finished with 14 points. "I take shots like that a lot. That one showed a lot of courage and confidence."

It also came off an offensive rebound, which was a common theme for the night. The Sooners had 17 offensive boards and held a 42-36 overall rebounding advantage. Eduardo Najera, who is second in the Big 12 with an average of 9.5 rebounds per game, finished with 13 to lead the Sooners, who had lost two straight to Nebraska.

"It was ugly, but we got it done," said Najera, whose 10 points were more than nine below his season average. "Both teams shot the ball really bad. We won the game with our defense with our offensive rebounding. We got a lot of second shots."

The Sooners hit just 34 percent from the field and had their lowest point total since a 72-57 loss to Cincinnati on Dec. 22. Oklahoma has won for the sixth time in seven games.

Larry Florence scored 17 points to lead Nebraska (10-14, 3-8), which fell to 0-5 against Top 25 teams this season. The Cornhuskers have two more ranked opponents in a row coming up in No. 8 Oklahoma State and No. 24 Kansas.

Nebraska, which trailed by six at halftime, didn't let Oklahoma pull away in the second half. The Sooners' largest lead of the half was nine, and every time they got up by that much Nebraska would hack away at it.

"I thought we battled them as well awe could battle them. That's why they're a Top 20 team," said Nebraska coach Danny Nee, who remains one win away from breaking the school record. "I see the joy in how they play together, the extra pass they're warriors on the boards."

Cary Cochran's 3-pointer pulled Nebraska within 53-49 with 3:55 left to play. After Johnson hit a free throw, he was called for an offensive foul, his fifth, putting Steffon Bradford on the free-throw line. Bradford hit the first and missed the second, but Najera couldn't control the rebound and the Huskers got the ball back.

Florence hit a short jumper to bring it to 54-53, but Raymond answered with a 3 from the left wing with 48 seconds left.

"That wasn't the smartest shot in the world, but what a sweet-looking shot. The boy is cold-blooded," Oklahoma coach Kelvin Sampson said. "He misses that, they come down and score, he might be hitchhiking back to Norman."

But Raymond secured a spot on the team bus as the Sooners clinched the win by going 5-for-6 from the line in the final 30 seconds.

Oklahoma went scoreless had a 6:39 scoring drought over the end of the first half and beginning of the second as Nebraska rallied to get back in the game after trailing by as much as 15.

The Huskers closed the first half with a 9-0 run to cut the Oklahoma lead to 32-26 at halftime, then opened the second half with four straight points.