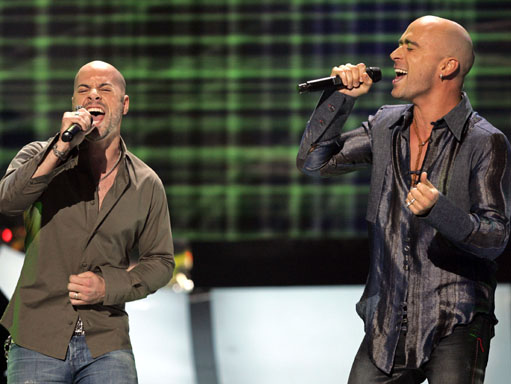 Texas has seen flashes of brilliance from Chris Owens. Now if the Longhorns can just get it every game.

"It pretty much makes us unstoppable down low when we get two and three players play well. We all help each other out."

Owens was one of the highest-rated high school prospects three years ago. He played at Tulane as a freshman but transferred to Texas and sat out last season. He has shown promise at times (19 points, 11 rebounds against Arizona) and has struggled to score during others.

"I just had to find my heart," Owens said.

"He is starting to understand the type of player he has to be," said Texas coach Rick Barnes. "He doesn't have to make every basket or grab every rebound. It's the effort, the mental and physical effort."

Owens and Mihm pretty much did anything they wanted against the Aggies. Mihm was 7-for-7 from the floor and had 10 rebounds. It was his 17th double-double this season.

Texas scored the first seven points and led 19-16 when little-used Chris Ogden, seeing his first playing time in five games, hit a 3-pointer to start a 13-3 run. The Longhorns finished the run with a flying alley-oop dunk by Darren Kelly and a midcourt steal and jam by Gabe Muoneke.

Texas, which held A&M to 29 percent shooting in a 78-51 win in January, held the Aggies to just two field goals over the final nine minutes of the first half. The Longhorns meanwhil shot 55 percent for the game.

"With a team that's lacking experience, it's difficult," said Aggie coach Melvin Watkins. "They you come in here and play against pros, it's tough."

Texas led 46-28 at halftime and started the second half with a 12-5 run punctuated by seven straight points from Owens on two short jumpers and a dunk in traffic.

About the only thing that went wrong for the Longhorns came in the first half when Kelly was at the foul line and Texas ahead 32-21. After he made the front end of a 1-and-1, a call of "we love you Darren" came from a group of a female fans. Kelly smiled, then missed.

Andy Slocum led Texas A&M with 14 points and Jamal Gilchrist and Bernard King each had 13.