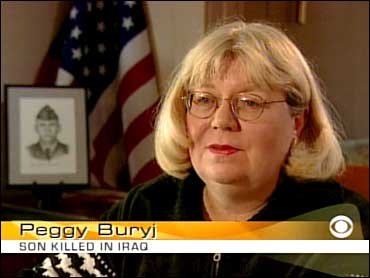 While the rest of the league grabs all the attention, Mississippi State just keeps winning.

"Very few teams in the country have the opportunity to go 6-0," Bulldogs coach Jackie Sherrill said. "I think when it comes down to it, you have to put yourself in a position to do that, and we did today."

Even though the Bulldogs represented the West in last year's SEC title game, few expected them to repeat. Arkansas and Alabama were picked to fight it out for the right to play either Florida or Tennessee.

That left Mississippi State alone to quietly go about its business. It has, using the second-best defense in the country to win its first five games.

Still, the Bulldogs get little respect. Even from Auburn coach Tommy Tuberville, who said earlier this week that Mississippi State hadn't played its best competition yet.

"A lot of people said we were 6-0 because we haven't played anybody, even coach Tuberville said this game was the start of our season," Sherrill said. "He was right. But we've played somebody now, so I guess our season started today."

It took almost four full quarters for Mississippi State to get it going, though.

Matt Wyatt threw an 11-yard touchdown pass to Matt Butler with 19 seconds to play to complete the comeback win.

Wyatt, a senior who has started 15 games in his career, came into the game at the start of the second half when Wayne Madkin couldn't return because of a torn tendon in his index finger.

The Bulldogs trailed Auburn 10-0 at that point and Wyatt could do nothing to generate any offense. He was intercepted on his first series, which led to a field goal by Damon Duval that made it 13-0.

"It was frustrating at first because we culdn't get any first downs," said Wyatt. "Everyone said to keep our heads up and play hard."

The two teams then went back and forth, exchanging punt for punt in the defensive struggle.

After Duval's third field goal of the day, a 46-yarder that put the Tigers up 16-0 with 8:15 to play in the third, Wyatt finally got Mississippi State moving.

He led the Bulldogs on an eight play, 47-yard drive that got them on the board with Scott Westerfield's 33-yard field goal.

Auburn then tried to eat up the clock by running the ball, to no avail.

The Tigers, who have the worst running game in the SEC, were held to just 39 yards rushing on 42 tries.

With Auburn unable to move the ball at all it had just nine first downs and 164 yards total offense it was only a matter of time before Mississippi State would get something going.

Wyatt did it with a late scoring drive, hooking up with C.J. Sirmones with a 16-yard touchdown pass that cut the score to 16-10 with 2:28 to play.

The Bulldogs then kicked off, Auburn couldn't get a first down and was forced to punt from deep in its own territory.

The Tigers first took a delay of game penalty with 50 seconds to play, then Duval ran out of the end zone for a safety that made it 16-12.

"We had made a decision earlier that we weren't going to kick or punt," Tuberville said. "We are not going to second-guess ourselves now. I wouldn't change anything."

Pig Prather returned Duval's ensuing kickoff 41 yards, and Wyatt needed only four plays to do the rest. He threw his 11-yard TD pass to Butler with 19 seconds to play.

Auburn got the ball back, but quarterback Jeff Klein was intercepted by Fred Smoot to end the game.

"Our kids played their hearts out and had this game won until the last second," said Tuberville. "We have to play the hand we are dealt."

Wyatt finished 17-of-29 for 209 yards, two touchdowns and an interception.

Mississippi State finished with 362 yards of total offense, most of it gained on its final two possessions. The Bulldogs had just 42 yards rushing.

"I told the players and the coaches that sometimes you're just going to win games like this," Sherrill said. "I'm glad we did, and thankful this one is over."