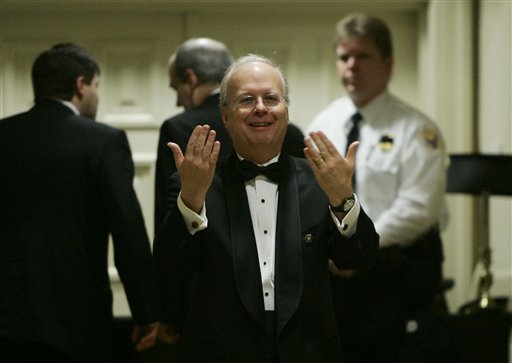 Larry Richardson started and finished the game on Indiana's bench. In between, he was so good, even coach Bob Knight was impressed.

"The thing that I really like about Larry is

Knight said. "The kid's a senior, and I just keep telling him, `You're going to play. The better you play the more you play. You get in a game, play and do what you can do. That's all we're asking of you."'

That was more than enough Wednesday night.

Richardson came off the bench and scored a career-high 25 points, including 10 during a 16-2 run that carried No. 11 Indiana over Penn State 87-77.

The victory was Knight's 759th in 35 years as a college coach, tying him with Ed Diddle of Western Kentucky for fifth among Division I coaches.

"I basically was trying to take my time and do what I've been in taught in practice," Richardson said. "Look for the defense and if I have an open shot, take it. If not, kick it back out and go back and screen. That's about it."

Knight finally gave Richardson a breather late in the game, then paid tribute to the fifth-year senior in the closing seconds by joining hands with him along the sideline and raising them over their heads as the Assembly Hall crowd roared its approval.

"It makes you feel good, it makes you feel they appreciate everything you're doing," said Rihardson. "They see the hard work I'm putting in out there, so it's a good feeling."

Indiana led only 21-18 after a basket by Gyasi Cline-Heard midway through the first half, but Richardson, who missed only one shot in the opening period, dominated the Nittany Lions (12-7, 4-4) for the next 10 minutes.

A steal and layup by Dane Fife and a fast-break slam dunk by Richardson started Indiana's big run, when Penn State's only score was on a rebound basket by Tyler Smith. Richardson, a 6-foot-8 forward, scored the next six points on a pair of free throws and two baskets to give Indiana its biggest lead at 37-20.

"We played very rushed and very hurried in the first half," Penn State coach Jerry Dunn said. "In the second half, I was really pleased with our effort and the way we competed to get ourselves back in the game. We showed a lot of toughness mentally. But there, again, we missed some layups and free throws."

The Hoosiers led 39-26 at halftime and Richardson, whose previous high was 19 points against Illinois last year, stayed in the game at the start of the second period, scoring the Hoosiers' first five points over the next two minutes.

"I think he's a very capable player," Dunn said of Richardson, whose previous high this season was 11 points at Penn State last month. "Most of their guys, whether they start or come off the bench, are very capable scorers, so no, he didn't surprise me."

The second of five 3-pointers by Titus Ivory started a brief Penn State comeback, however, cutting the lead to six points three times. Guyton scored seven more in the next two minutes, and another basket by Richardson pushed Indiana's lead back to 13.

Richardson finally left the game with just over six minutes to go.

Another 3-pointer by Ivory then cut Indiana's lead to 69-63, but Haston hit two free throws and two more baskets down the stretch to put the game out of reach. The crowd began chanting, "We want Larr-eee," and Knight finally acknowledged him with his sideline tribute with 10 seconds to go.

"That was as tough a game as we've been in in a long time," Knight said. "They played better in the second half than we did. It takes a team with backbone to come back from that (17-points down), and they did."

Penn State was led by Jarrett Stephens with 22 points and 12 rebounds. Ivory finished with 20 points and Joe Crispin had 14 points.