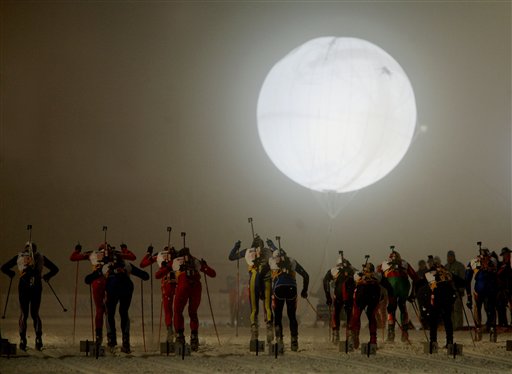 The first half belonged to Steve Goodrich and the Princeton Tigers.

Goodrich had another perfect first half from the floor and tenth-ranked Princeton mustered more than enough momentum before halftime on the way to beating Brown 82-58 Friday night.

Gabe Lewullis had 16 points and Jamie Mastaglio added 12 for Princeton, which shot 56 percent, including 12-for-26 from three-point range, in winning its 12th straight game and 22 in a row in the league.

"I've been getting a lot of layups," said Goodrich, who finished 9-for-13 overall. "Guys were playing aggressive on the high side of the post and I'm getting easier shots than the other guys. They should go in."

Princeton led by 25 three time and led 46-23 at the half, and Brown got no closer than 15 points after that.

"Maybe if we don't turn it over so much it might have been a little different game. But when you get down by 16 to them, you have major problems."

Princeton coach Bill Carmody was not happy that his team only outscored Brown by one point in the second half.