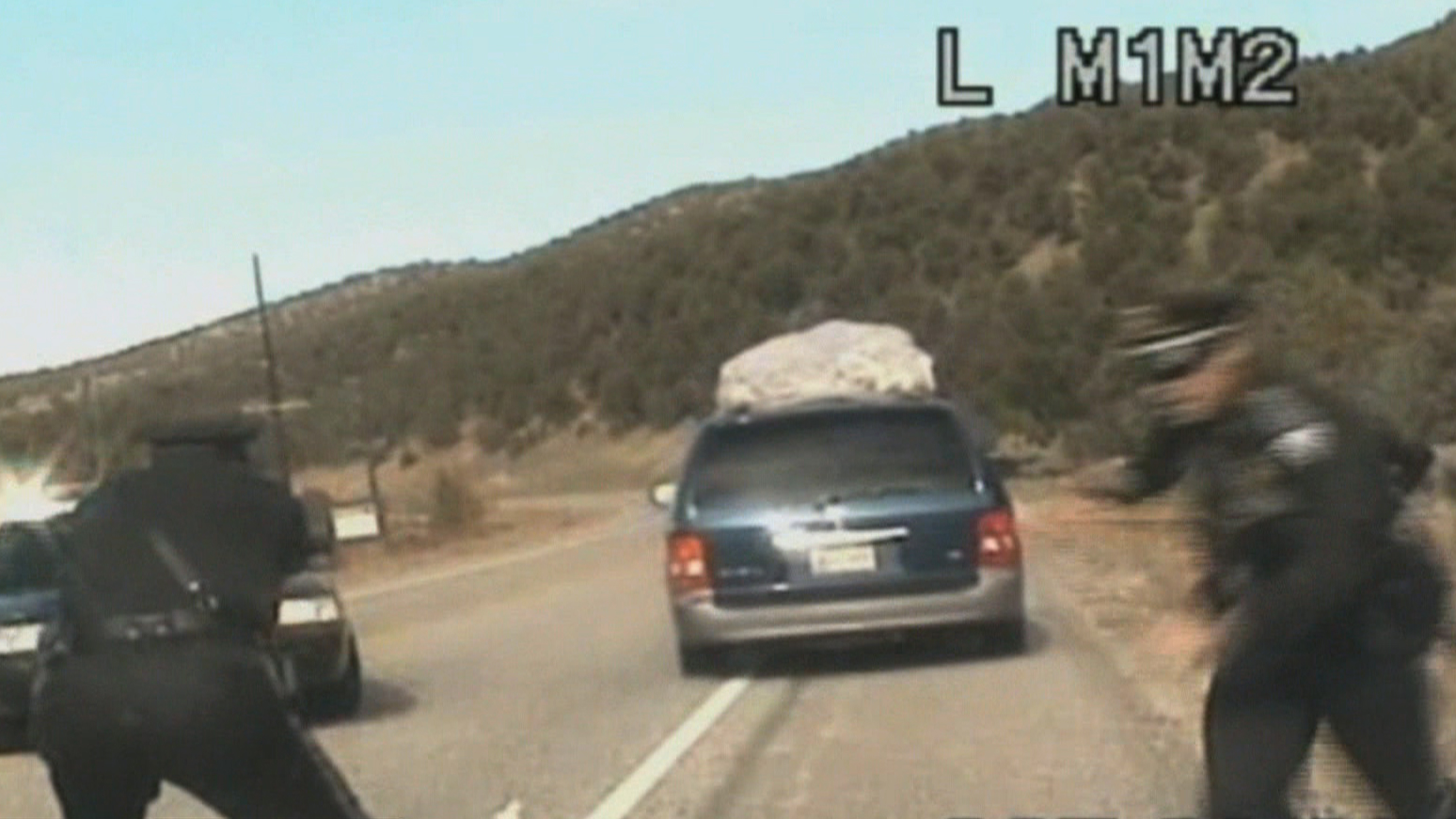 ALBUQUERQUE, N.M. - The New Mexico State Police officer who was caught on video firing at a minivan full of children during a chaotic traffic stop has been suspended.

New Mexico State Police Chief Pete Kassetas told The Associated Press on Thursday that officer Elias Montoya has been suspended with pay pending a disciplinary investigation into the shooting outside the small tourist town of Taos.

A dashboard camera on the police cruiser showed Montoya shooting at the minivan as motorist Oriana Farrell drove away from a chaotic traffic stop that included another officer bashing the van's window with his night stick. Farrell had been stopped by state police for speeding and fled twice after arguing with an officer.

She and her teen son were later arrested.

The video garnered national attention, and Kassetas said he would launch an internal investigation.