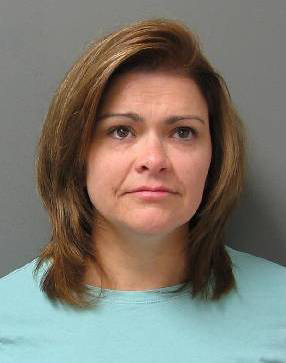 (CBS/AP) MOUNT HOLLY, N.J. - When Lori Stilley told her friends and family that she had bladder cancer, they delivered meals, held raffles and a T-shirt sale, hastily planned and paid for her wedding and raised more than $10,000 for her treatment.

But prosecutors say it was all a scam.

Stilley, a 40-year-old who lives in Delran, N.J., was charged Wednesday with theft by deception, charges her lawyer denies.

Authorities say she told family and friends in February 2011 that she had stage 3 bladder cancer and would need chemotherapy and radiation. Two months later, she told them - and posted on her Facebook page and personal website - that it was now stage 4, which means the cancer was spreading to other parts of her body.

Her friends and supporters pitched in the way people often do for sick loved ones: making a schedule of meal deliveries and, when she said she didn't have medical insurance, raising money.

The Burlington County Prosecutor's Office said family and friends also hastily planned and paid for her wedding to her boyfriend last year.

Stilley even wrote an e-book about her experience. Prosecutors say "I'mpossible: How A Facebook Group Loved Me Through Bladder Cancer," selling for $14.99 a copy, raised more than $3,000.

Stilley's arrest came on the same day Phoenix resident Jami Lynn Toler was sentenced to one year and jail and three years of probation for pretending to have cancer in order to raise money for breast implants.

Earlier this year, Jessica Vega admitted to falsely claiming she was dying of leukemia so donors would pay for her "dream wedding." Vega, of upstate New York, was arrested in April in Virginia and later pleaded guilty to the scam.

Stilley's own sister was the one who turned her in. Lori DiGiovanni told WCAU-TV that she became suspicious when Stilley's story changed quickly. Soon after telling friends and family that she was making hospice plans and was being given a month to live, she posted on Facebook that she felt a miracle coming and was feeling better.

Stilley's lawyer, however, said she did not do anything wrong.

"The Prosecutor's Office has not presented me with any competent evidence that would lead me to believe they are able to prove my client did anything wrong," Adam Malamut told the Burlington County Times in a story published Thursday. "The only evidence I'm aware of are statements made that I believe to be slanderous in nature from a family member with whom she's had a fractured relationship."

Stilley was arrested Wednesday and released on bail of $25,000.

"For this defendant to represent that she was dying from this terrible disease for the sake of personal gain and sympathy goes way beyond simply being a criminal offense," Burlington County Prosecutor Robert Bernardi said in a statement, "it was extremely cruel to those who were concerned and worked hard to lend assistance."