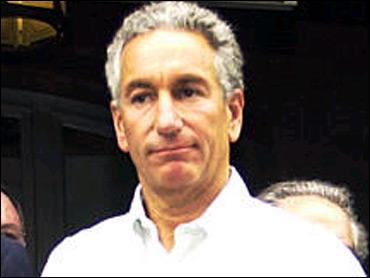 New Jersey Democratic Gov. James E. McGreevey's biggest campaign contributor was charged Tuesday with trying to thwart a federal investigation by videotaping a witness in a compromising position with a prostitute.

U.S. Attorney Christopher J. Christie says real estate developer Charles Kushner hired a call girl to have sex with the witness, had someone videotape them, and then sent the man's wife a copy of the tape and photos.

According to Christie, Kushner was retaliating against the witness, a former employee of Kushner's, for cooperating in a criminal investigation of Kushner for possible tax fraud and illegal campaign contributions, and was trying to discourage him from cooperating further.

Christie said Kushner hired two prostitutes in December for $25,000 and had also targeted a second witness, also a former employee, but that witness declined the prostitute's advances.

"There is nothing, nothing more sacrosanct than the integrity of the grand jury system," said Christie, adding that Tuesday's indictment is not related at all to Gov. McGreevey. "There is absolutely nothing in this criminal complaint which has anything to do with the governor of New Jersey."

Kushner, 50, is charged with conspiracy, obstructing a federal investigation and promoting prostitution. He posted $5 million bail and has been ordered to wear an electronic monitoring bracelet.

Kushner did not speak in court and had no comment outside the courthouse.

Kushner - who has vast real estate holdings in New Jersey, New York and five other states, and financial interests in several other businesses including insurance - is a well-known heavy-hitter in the region and earlier this year failed in a bid to buy the New Jersey Nets.

He also serves on the boards of numerous organizations, including New York University and four other colleges.

"Charles Kushner is one of the most respected business leaders in the community and widely known as a very generous philanthropist," said his lawyer, celebrity defense attorney Benjamin Brafman, whose many high profile acquittals include the 2001 bribery and weapons case against Sean "P. Diddy" Combs.

"The charges," said Brafman, "are entirely baseless. Mr. Kushner is confident that once the facts are fully disclosed in a courtroom he will be completely exonerated."

"We are saddened to hear of the allegations," McGreevey spokeswoman Kathy Ellis said. "It would be inappropriate, however, to comment further on matters unrelated to this office."

Last month, Kushner was fined $508,900 by the Federal Election Commission for improperly contributing money to political candidates in the names of his companies.

Since his first gubernatorial campaign in 1997, McGreevey has received at least $369,050 from Kushner, family members and employees of Kushner's firm. The money accounts for nearly 5 percent of the $7.9 million in donations McGreevey has raised in the last decade. Kushner has also solicited donations from friends and business associates.

In February 2003, Kushner withdrew as McGreevey's nominee to head the Port Authority of New York and New Jersey. At the time, Kushner was the target of lawsuits contending he improperly used business funds for personal and political purposes.