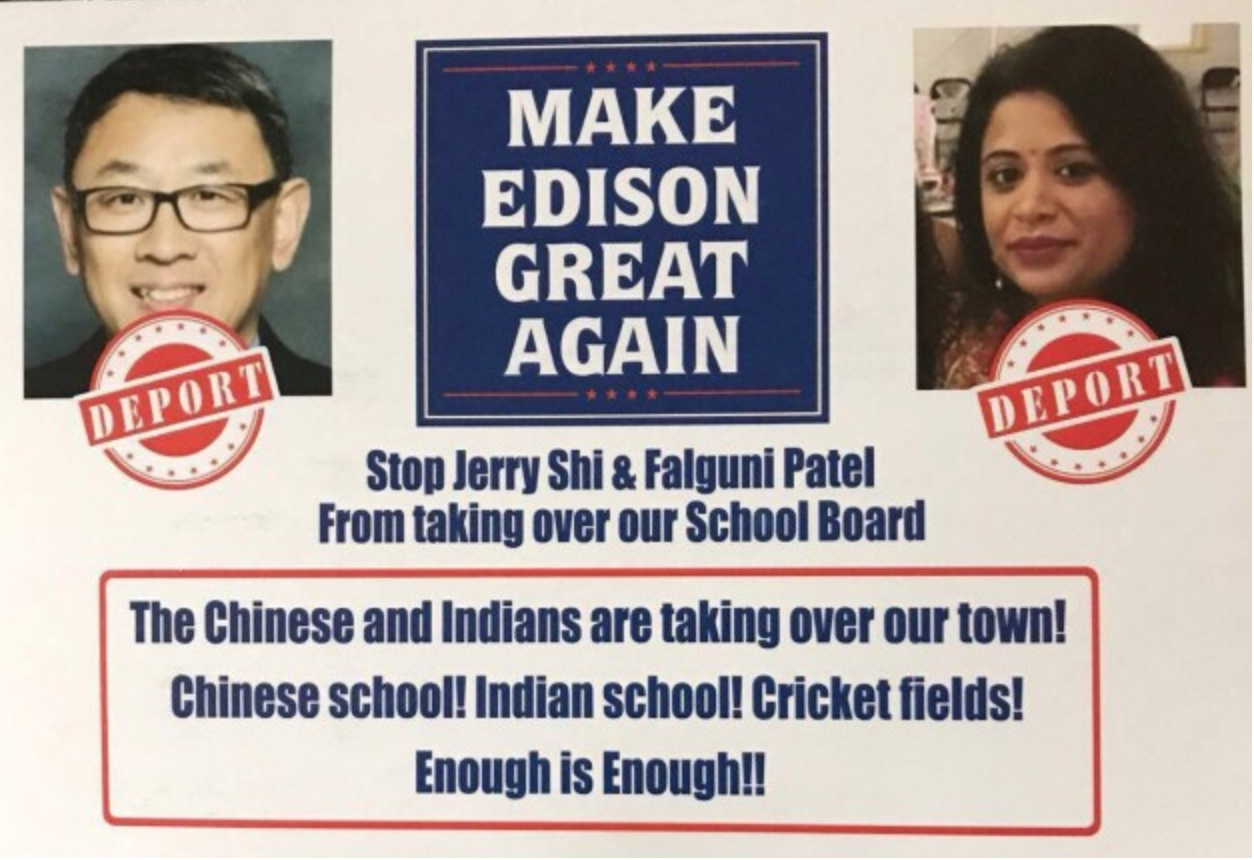 WKXW-FM reports residents of Edison Township received the anonymous mailers Wednesday. The ads say "Make Edison Great Again" while claiming Chinese and Indian residents are "taking over" the town. School board candidates Jerry Shi and Falguni Patel are featured on the campaign mailers with "deport" stamps on their pictures.

The ads don't identify the group that paid for them which violates state election law.

Patel, a Democratic committeewoman and immigration lawyer, says she's disgusted by the pamphlets. Both mayoral candidates have also denounced the mailers.

More than 45 percent of the Edison Township was born abroad. The township has a large Asian-American community consisting of Chinese and Indian immigrants.