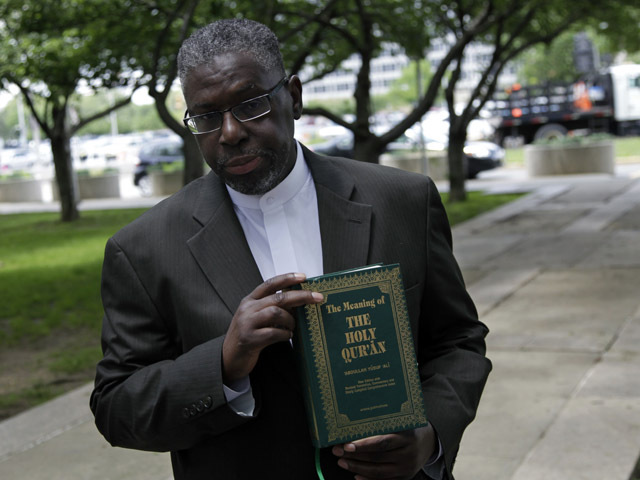 The conclusion by Attorney General Jeffrey S. Chiesa, a Christie appointee asked by the governor to look into the spying, means New Jersey Muslims have no state recourse to stop the New York Police Department from infiltrating student groups, videotaping mosque-goers or collecting their license plate numbers as they pray.

Such operations were part of a widespread NYPD program to collect intelligence on Muslim communities both inside New York and beyond. Undercover officers and informants eavesdropped in Muslim cafes and monitored sermons, even when there was no evidence of a crime. The result was that many innocent business owners, students and others were cataloged in police files.

The interstate surveillance efforts, revealed by The Associated Press earlier this year, angered many Muslims and New Jersey officials. Some, like Newark Mayor Cory Booker and the state's top FBI official, criticized the tactics. Others, like Christie, focused more on the fact that the NYPD didn't tell New Jersey exactly what it was up to.

In response, Chiesa launched what he described as a fact-finding review. That review concluded that the NYPD's operations violated no state laws, either civil or criminal.

Further, authorities found that New Jersey has no laws barring outside law enforcement agencies from secretly conducting operations in the state, representatives of the attorney general's office told the AP. However, New York police have agreed to meet with New Jersey law enforcement regularly to discuss counterterrorism intelligence and operations, the attorney general said.

"We remain committed to striking the appropriate balance of ensuring the safety of our citizens through vigilance in fighting terrorism, while not undermining the public's confidence in how we approach that mission," Chiesa said in a written statement.

Muslim leaders said they were told that every instance of NYPD activity in New Jersey had been justified by a lead, but that the attorney general would not provide any details on the nature of any of those leads, saying the fact-finding was ongoing.

They said that they did not find the assertion credible and that their efforts to maintain communication between the community and law enforcement would be hurt by the findings that the NYPD had done nothing wrong — and could keep doing what they have been doing.

"It was basically an, `FYI, good Thursday afternoon, let it die in the media before the Memorial Day weekend,"' said Mohamed El-Filali, executive director of the Islamic Center of Passaic County, across the Hudson River from New York. If the surveillance of every mosque, burger joint and barbershop targeted was justified, he asked, why were no arrests made?

Aref Assaf of the American Arab Forum said the attorney general made them feel like second-class citizens.

"I said to him it's not only insulting, it's offensive to our sense of justice, that you bring us to Trenton to tell us that you accept as legal and valid the actions of the NYPD, and I will not be surprised if you're issuing an order informing your law enforcement officials that they too can spy on American Muslisms because if it's legal for NYPD, than it must be legal for NJ to do the same."

The Muslim leaders said they would consider all legal options, including renewed appeals for action by the U.S. Justice Department. A federal civil rights lawsuit has also been considered.

The governor was not at the meetings. He was on a visit at the same time to Atlantic City. Asked about the findings, he said: "I have every confidence in Attorney General Chiesa. If that's what he determined, it's good enough for me."

The NYPD has long maintained that its operations were lawful and necessary to keep the city safe. New York Mayor Michael Bloomberg says the NYPD can gather intelligence anywhere in the country it wants and is not required to tell local authorities. NYPD lawyers say they are not bound by jurisdictional lines because they are just collecting intelligence, not making arrests or otherwise acting as police.

Told of New Jersey's findings, Bloomberg's spokesman, Marc La Vorgna, said in a statement: "We've said it time and again, NYPD has kept the city safe and they conduct their work legally."

The attorney general said a directive he issued requires all New Jersey law enforcement agencies to notify the New Jersey State Police Counter-Terrorism Bureau and the Office of Homeland Security and Preparedness if they hear of outside departments working in New Jersey. The state agencies will then coordinate with the Joint Terrorism Task Force, of which the NYPD is a member.

Chiesa said he is also establishing a Muslim outreach committee.

Christie, who was the U.S. attorney for the state at the time of the New Jersey surveillance, has said he didn't recall ever being briefed on the NYPD operations. He was one of several state and federal officials who had earlier criticized the NYPD's conduct in New Jersey, accusing the agency of acting like "masters of the universe" by sending agents into his state.

New Jersey's FBI chief, Michael Ward, also has been critical of the NYPD for not conducting the operations within the umbrella off the Joint Terrorism Task Force, to which the NYPD belongs. He said the actions undermined the bureau's own efforts by sowing distrust of authorities among Muslims and weakened national security.