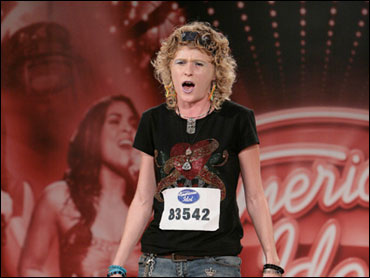 A New Jersey man has been indicted in the hit-and-run death of a former "American Idol" contestant whose angry rejection rant became an Internet sensation.

Ocean County prosecutors say Alexis Cohen was killed in Seaside Heights on July 25, 2009, when she was struck by a motor vehicle driven by 24-year-old Daniel Bark of Toms River.

At the time, Bark allegedly was fleeing from police, who tried to stop him following an earlier car accident. He was arrested the next day and later charged with drunken driving.

Bark faces charges including aggravated manslaughter in the indictment handed up Thursday by a county grand jury.