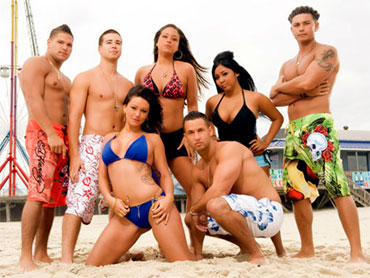 MTV is getting more pressure to cancel its "Jersey Shore" reality show.

In a letter sent Tuesday to the president of Viacom, MTV's parent company, caucus chairman Joseph Vitale asks that the show be immediately taken off the air.

The state lawmakers also have asked advertisers to boycott the show, which focuses on eight tanned 20-somethings and their escapades in Seaside Heights, a popular New Jersey beach town.

On Wednesday, a Viacom spokesman referred a request for comment to an MTV spokesperson, who did not immediately respond. MTV has said its intention is not to stereotype or offend.