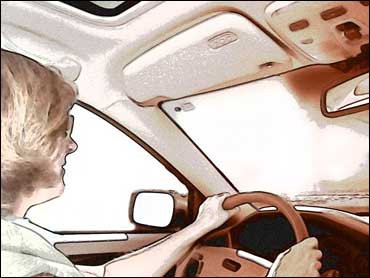 Sleep-deprived drivers who cause deadly crashes now face criminal penalties under a measure that became law Tuesday in New Jersey.

The bill signed by Gov. James E. McGreevey allows prosecutors to charge a sleep-deprived driver with vehicular homicide, punishable by up to 10 years in prison and a $100,000 fine.

"Maggie's Law" was named for 20-year-old Maggie McDonnell, a college student who died in 1997 when a vehicle driven by Michael Coleman swerved across three lanes and hit her car.

Coleman told authorities he had not slept for 30 hours. He was ultimately cited for reckless driving and fined $200 — the maximum sentence. Drivers who caused fatal crashes could have faced stiffer penalties under previous law if the accidents involved aggravating factors such as drinking and speeding.

According to the AAA Mid-Atlantic Region, 24 hours without sleep has a similar effect to a blood-alcohol level of 0.10 percent, the legal threshold for drunken driving in New Jersey.

"This is a wakeup call for New Jersey and the first of its kind in the nation," said Maggie's mother, Carol McDonnell, who lobbied for the measure.

McGreevey cited a federal study that estimated at least 100,000 crashes, 71,000 injuries and 1,500 deaths each year are the result of drivers falling asleep.