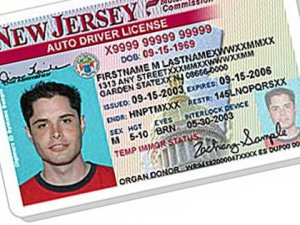 (CBS News) A trip to renew a driver's license can wipe a smile off anyone's face. But in New Jersey, grinning is actually against the rules.

Motor Vehicle Commission staffers in the Garden State are trained to instruct drivers to avoid smiling or frowning too broadly, CBS Philly reports. That's because certain expressions throw off the facial recognition software used in most states.

"If you'd like to smile, that's great. What we're asking people is to not smile as if they just won the $5 million dollars in the lottery smile," said spokeswoman Elyse Coffey.

And if the rule upsets you, here's one new policy that will give drivers something to smile about: Some drivers seeking to renew their licenses will soon be permitted to avoid a visit to the Motor Vehicle Commission office if their photos on file meet security requirements.