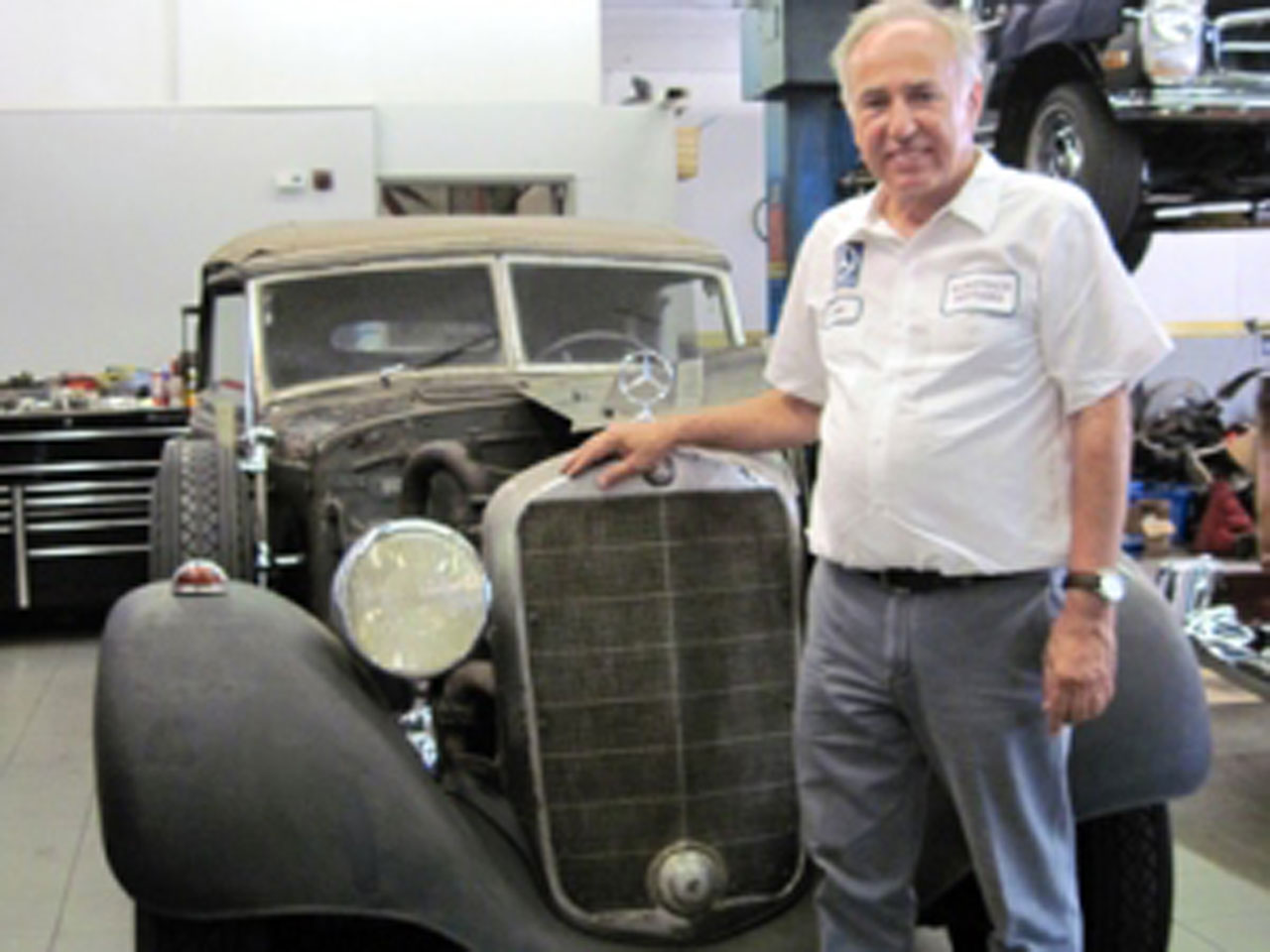 (CBS News) EDGEWATER, N.J. - An auto repair shop owner was shocked to find out that a Mercedes-Benz he purchased over the Internet for a customer has strong ties to Adolf Hitler.

"He was surprised," Zenop Tuncer, owner of Euro Tech Motors, told CBSNews.com in recalling his conversation with the customer. "We were all surprised!"

Tuncer, whose shop specializes in classic cars, got a request from real estate developer Fred Daibes to find a Mercedes-Benz 540K. However, Tuncer could only procure a 1942 Mercedes 320 Cabriolet D convertible, which Daibes agreed to buy.

Tuncer said he should have been tipped off because the car looked like a military car.

"The color is a flat black, and there are patches covering what would have been a place for the flag post and the siren," he explained. It's definitely for a general."

The car needed some parts, so Tuncer contacted Mercedes-Benz with the serial number. He was surprised when the company told him to look at the serial number again and see if there was an eagle with a swastika next to it. Tuncer found the swastika, which he said was so small he missed it at first.

According to CBS station WCBS in New York, Mercedes-Benz custom made eight of the vehicles for the Nazis.

"Mercedes said, 'We did make some of these cars but only for Hitler,'" WCBS quoted the car's owner, real estate developer Fred Daibes, as saying.

However, Mercedes spokesperson Adam Paige cast doubt on the story in a conversation with CBSNews.com.

"This happens at least once a year," he said. "Someone claims something that they think they have, to make something more of the vehicle."

Contacted by the New York Times, Mercedes also offered a statement from an unnamed company historian, who said, "The 320 was considered a middle-class car, and that fact alone puts the Edgewater car claim into a very speculative area."

The original owner did not know the car's history and said that his grandfather brought the vehicle to the United States from Germany after the war, WCBS reported. Daibes said he paid $175,000 for the car a year ago, and has recently turned down an offer of $1.5 million.

"It's Hitler's car, he's a devil, but you know, he's still part of history," Daibes told WCBS. "From a financial point of view the car is worth more money than when I paid for it so that's the only way I look at it."

Tuncer agreed, adding that he would keep the car as well if it were his.

"I would not touch the car," Tuncer stated. "I would keep it the original way. It has a story on it."