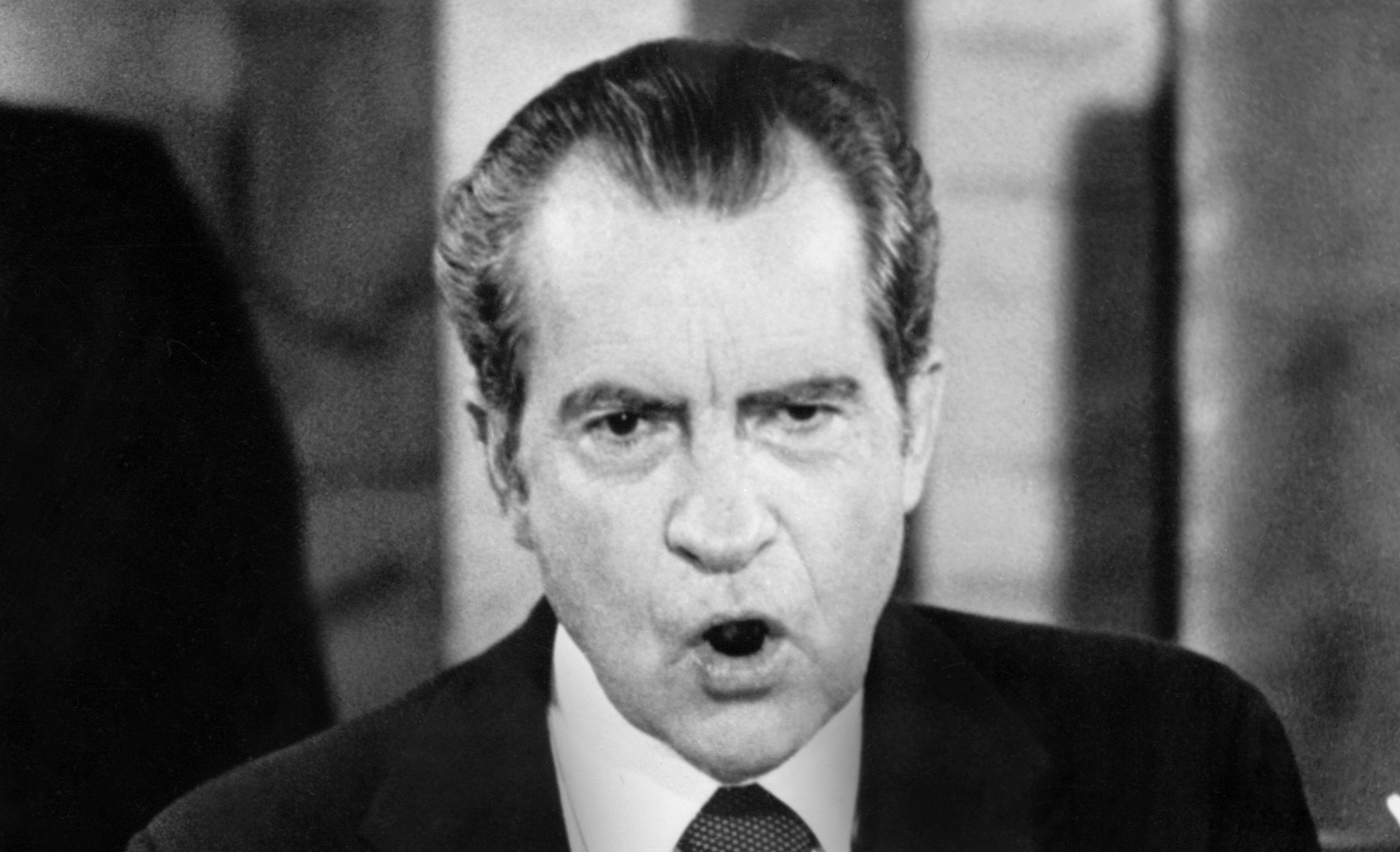 WASHINGTON -- Few presidents in modern times have been as interested in gun control as Richard Nixon, of all people. He proposed ridding the market of Saturday night specials, contemplated banning handguns altogether and refused to pander to gun owners by feigning interest in their weapons.

Several previously unreported Oval Office recordings and White House memos from the Nixon years show a conservative president who at times appeared willing to take on the National Rifle Association, a powerful gun lobby then as now, even as his aides worried about the political ramifications.

"I don't know why any individual should have a right to have a revolver in his house," Nixon said in a taped conversation with aides. "The kids usually kill themselves with it and so forth." He asked why "can't we go after handguns, period?"

Nixon made his remarks in the Oval Office on May 16, 1972, the day after a would-be assassin shot and paralyzed segregationist presidential candidate George Wallace. As president, Nixon never publicly called for a ban on all handguns. Instead, he urged Congress to pass more modest legislation banning Saturday night specials, which were cheaply made, easily concealed and often used by criminals.

Not all of the president's men appeared to share his passion on the issue. The recordings and memos show that Nixon administration officials saw gun control as a political loser.

Nixon, a Republican, did say publicly that if Congress passed a ban on Saturday night specials, he would sign it. But in a sign of how potent the NRA was even 40 years ago, this narrow piece of legislation never made it to his desk, and there is no sign that he ever sent a draft bill to Capitol Hill.

Today, President Barack Obama faces similar hurdles in trying to ban assault weapons and large-capacity ammunition magazines. Gun control advocates say no one needs such powerful weapons to kill an intruder or take down an animal. In Nixon's time, the argument of such advocates was that Saturday night specials were too poorly made to be relied on for self-defense or hunting.

"Let me ask you," Nixon said to Attorney General John Mitchell in June 1971, "there is only one thing you are checking on, that's the manufacture of those $20 guns? We should probably stop that." Saturday night specials sold for $10 to $30 at the time. Mitchell responded that banning those guns would be "pretty difficult, actually," because of the gun lobby.

"No hunters are going to use $20 guns," Nixon countered.

"No, but the gun lobby's against any incursion into the elimination of firearms," said Mitchell.

The term Saturday night special originated in Detroit, where police observed the frequency with which the guns were used to commit weekend mayhem. Lynyrd Skynyrd memorialized the weapon in its 1975 song, "Saturday Night Special," in which the Southern rock band sang: "Ain't good for nothin'/But put a man six feet in a hole."

Nixon's private comments were not always supportive of gun control, particularly measures that would go beyond handguns. For example, in a taped conversation just a few days after saying that people shouldn't have handguns, the president asked rhetorically, "What do they want to do, just disarm the populace? Disarm the good folks and leave the arms in the hands of criminals?"

But most of his comments on the tapes, available at the websites of the National Archives and of the University of Virginia's Miller Center, were in favor of stronger gun control.

At a June 29, 1972, news conference, about six weeks after Wallace's shooting, Nixon said he'd sign legislation banning Saturday night specials. Later that year, the Senate did pass such a bill, but the House never acted on the legislation.

The bill's sponsor, Indiana Democrat Birch Bayh, said in a recent interview that the NRA helped prevent his bill from getting through Congress. The Nixon administration supported an unsuccessful Republican alternative Senate bill on Saturday night specials that had a definition the NRA preferred.

The shooting of another politician put gun control back on the radar the following year. On Jan. 30, 1973, two robbers shot Sen. John Stennis, D-Miss., and surgeons initially thought he would die. Stennis survived and lived until 1995.

The day of the shooting, Nixon told White House special counsel Charles Colson, "At least I hope that Saturday night special legislation, at least we're supporting that, you know. We're not for gun control generally, but we are for that. God damn it that ought to be passed. Or was it passed?"

When Colson told him it hadn't, Nixon instructed his counsel, "We better damn well be for it now, huh?"

At a news conference the next day, the president repeated his call to ban Saturday night specials. He also volunteered a comment that few national politicians would make today: "Let me say, personally, I have never hunted in my life. I have no interest in guns and so forth."

By March 1973, aide John Ehrlichman was telling Nixon that gun control was a "loser issue for us."

"You've got a highly mobilized lobby," he told the president. "I think what we have to do is carve out a little piece of it, and Saturday night specials, of course, has been our tactic."

Other White House officials also argued against doing much, including Tom C. Korologos, a White House deputy assistant for legislative affairs who later was an outside lobbyist for the NRA and ambassador to Belgium under President George W. Bush.

"The thing that worries me is that the president's hard-core support comes from the gun-folk and obviously we need support these days," Korologos wrote in an Aug. 31, 1973 memo, referring to the Watergate scandal that would undo Nixon's presidency.

"Lurking in the background is the president's personal statement: `I'm a liberal on gun control,'" Korologos said. Nixon might have made this statement privately; there is no record of him saying it publicly.

Korologos' conclusion: "I vote for a `talk' meeting and then `tough it out' by doing nothing and hope nobody gets shot in the next three years."

The effort to ban Saturday night specials receded in recent decades as the focus of gun control advocates shifted to rein in more powerful weapons.

In June 1972, a little over a month after his chat about banning handguns, Nixon had a recorded conversation that showed him trying to get the FBI to stop investigating the break-in at Democratic offices at the Watergate office building by burglars tied to his re-election committee.