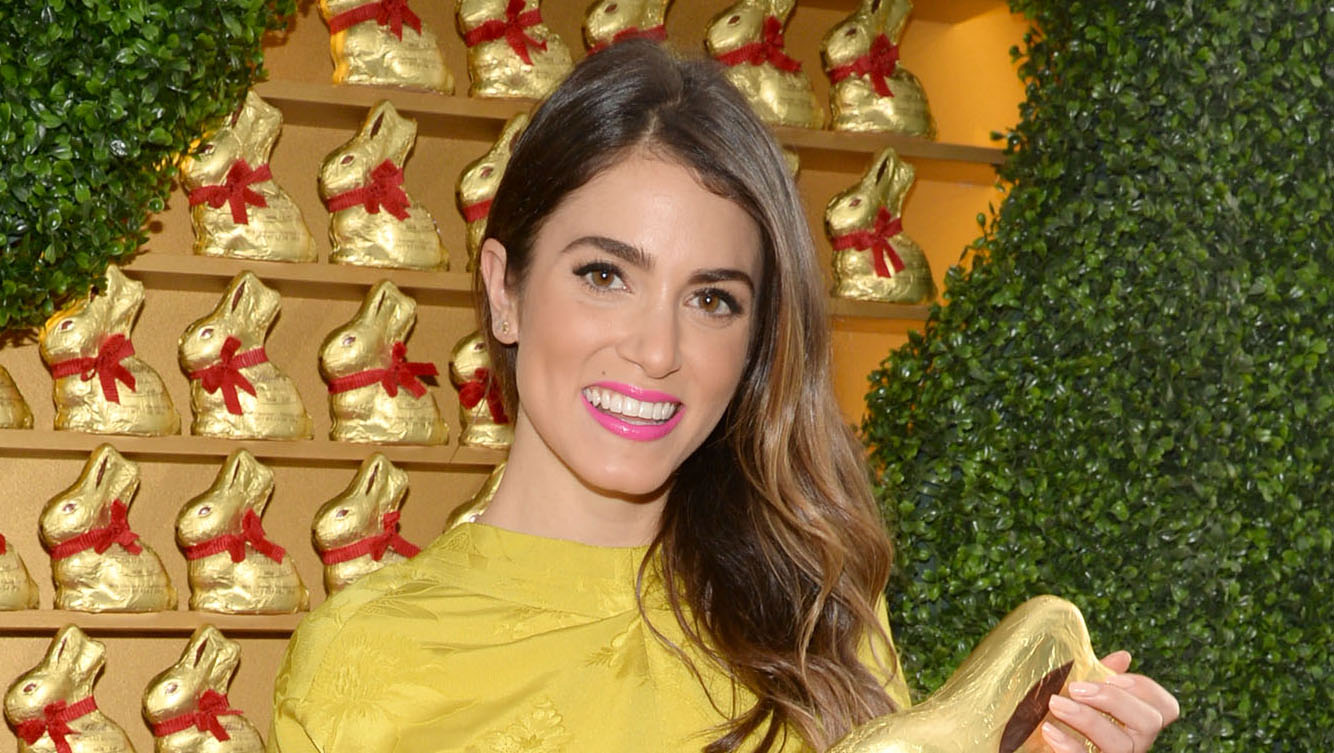 Nikki Reed recently celebrated her fiancé Ian Somerhalder's directing debut on "The Vampire Diaries," and soon she will have a directorial debut of her own.

The 26-year-old actress has been busy writing what will become her directorial feature debut, which she hopes to release by the end of this year.

"I've been working really hard and dedicating a lot of time to this in the last couple of months so it's really a priority for me," said Reed, who added that she's "really excited about it." Directing is where her future lies, she says.

It sounds like she's setting things up for more opportunities behind the camera. Reed and Somerhalder, 36, also recently started their own production company together.

"It's important for people in general, but specifically women, to explore new avenues -- in our industry," Reed told CBS News. "There's truly a lack [there.]....I think for women especially, writing and creating your and role, producing, directing -- having some control over what you do is really important. We can pave the way for other women to send what messages they want sent."

Reed, whose credits include the "Twilight" films, "Thirteen" (which she also co-wrote) and "Empire State," said she's just as passionate about writing and producing as she is about acting.

Many audiences got to know the Los Angeles native on the big-screen -- from the "Twilight" movies, which trickled out between 2008 and 2012 and became huge box-office hits. Reed says she and the cast couldn't have predicted the fandom that would come along with the movie franchise.

"That what was so crazy. It was a journey. We had no idea," she said. "It was kind of a small film. It was based on a book and kind of had an exclusive fan base and online community...of people who really loved the book. I didn't realize what it was going to become until that very first Comic-Con right before opening weekend. And I remember some of our lead cast members showing up and I remember -- I only saw it on the news -- people screaming. I remember thinking, 'Wow! We're going to make another one.' That was my first thought."

The surprise came as each new installment was announced.

"After the second one we were just as surprised that we were going to make a third one...Let alone a fifth -- who knew it was going to be split it into two," she said, adding, "Honestly...I'll remember that period in my life forever. It was one of the most incredible things I'll ever experience."

Although three years have past, Reed says she still keeps in touch with the cast.

"We're all super busy, but we're all super close. There's nothing but love for every single person in that film," she said. "I mean, I'm the godmother to Jackson Rathbone's baby, and Peter Facinelli and I try to have coffee at our local coffee shop when we can. Everyone has gone on with their own lives and are doing their own things. But there's so much love in that group. You spend six years with a group of people -- of course there's going to be nothing but love. We're like a family."

Reed says she loves acting, and although she's making a bigger foray into directing, she won't abandon acting. "This is not a replacement. It's an addition," she said.

Coming up next is a role in "The Sunday Horse," co-starring Ving Rhames and William Shatner. The film centers on a young horse rider (played by Reed) who pursues her dreams of winning a national jumping championship. Reed says she fell in love with the horses on set and ended up acquiring them after the shoot wrapped.

Reed says it's quite an interesting role for her: "I'm the girlfriend of a carny actually -- a traveling circus. When you see all these paparazzi photos on the Internet of me where I have these giant belly and all these tattoos. She's pregnant and a meth addict traveling with the circus."

Reed has also been spending time getting the word out about a cause that's close to her heart: autism.

Reed, whose 15-year-old brother has the neurodevelopmental disorder, recently teamed up with Autism Speaks, an organization dedicated to funding research into the causes, prevention, treatments and a cure for autism.

Reeds says she wanted to "shine a light on something that so deparately needs it."

"I try to encourage people to keep learning and to keep reading and for families to know that they're not alone. You know, 1 in 68 kids are diagnosed with autisim. Those numbers are huge. That just speaks volumes on how little we actually know," she said.