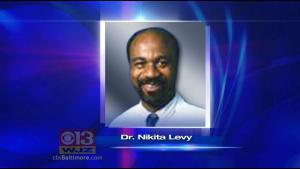 (CBS) TOWSON, Md. - A former gynecologist took his own life while facing allegations he took pictures and video of his patients without their knowledge, CBS Baltimore reports.

Dr. Nikita Levy was found dead in his Towson home on Monday.

Johns Hopkins Hospital security was alerted on Feb. 4 by another staff member that Levy was using personal video equipment to tape his patients, the station reports. Police are now trying to determine if others were involved.

A spokesperson for Johns Hopkins says Levy was let go from the staff earlier this month, CBS Baltimore reports. Johns Hopkins has reportedly launched their own investigation into the matter.

Prior to Levy's death, he reportedly sent a letter to his patients notifying them that he had left the facility. He failed to say why.

Baltimore Police have reportedly contacted some of the victims, but they say the numbers coming forward could be huge. Levy saw around 1,000 patients since getting his medical license in 1988.

Baltimore Police say all patients of Levy's should call a hotline that has been set up at: 410-396-2269 to see if they were victimized.

According to the Maryland Board of Physicians, Levy still had an active medical license at the time of his death and had no known disciplinary actions against him, the station reports.