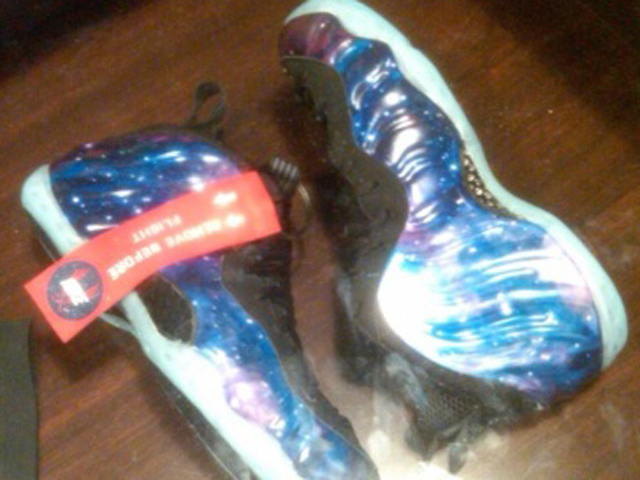 (CBS/WKMG) ORLANDO, Fla. - More than 100 law enforcement officers in riot gear broke up an out-of-control crowd waiting to buy a new Nike brand basketball shoe timed to be released during the NBA All-Star Game in Orlando.

About 1,000 shoppers gathered for the shoe release an at Orlando mall late Thursday, reports CBS affiliate WKMG. The Orange County Sheriff's Office said almost 200 deputies went to the Florida Mall around 9:45 p.m. to deal with the massive crowd, which became unruly after Foot Locker canceled the release of the limited-edition Nike Air Foamposite One "Galaxy" shoes.

The Orlando Sentinel reports the crowd was asked to wait across the street when the mall closed. However, one person ran toward Foot Locker and others followed. Authorities formed a line and use shields to protect themselves and push back the crowd.

"I saw hundreds of people running toward me. I thought I was going to get trampled," said Amanda Charles, 20, who was among a group of a half-dozen friends who drove from Jacksonville to try to buy the glow-in-the-dark Nikes.

Witnesses said more police officers quickly arrived, decked out in riot gear and fortified by still more deputies on horseback, on motorcycles and in patrol cars. A helicopter with a spotlight hovered overhead.

"Due to the overwhelming turnout at the midnight shoe release, and with everyone's safety in mind, Foot Locker canceled the shoe debut," Florida Mall General Manager Lydia Gilmore said in a statement.

"Due to safety concerns, we are canceling the All-Star releases this weekend at the following Foot Locker House of Hoops stores: Florida Mall, Pembroke Mall, University Mall in Tampa, Southlake Mall and PG Plaza. Our priority is the safety of the community," Nike said in a statement.

Despite the fact that the store, the mall and Nike have said the sneaker will not be released this weekend, dozens of shoppers hoping to purchase a pair of the $220 shoes remained outside the mall early Friday. Groups rushed the store around 5 a.m. and again at 6:30 a.m., but they were quickly dispersed. Around 7 a.m., mall management allowed the shoppers to form a line outside the mall.

The $220 purple and blue sneakers are made from an extra-durable material and glow in the dark.