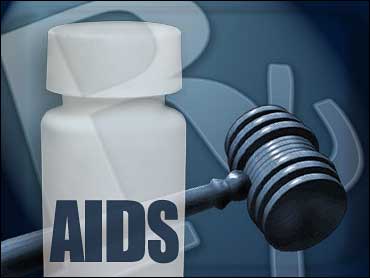 The government is refusing to take steps to in effect force down the spiraling price of an important AIDS drug, saying such an unprecedented move isn't allowed by federal law.

Wednesday's decision by the National Institutes of Health was a major victory for Abbott Laboratories, which quintupled the price of its AIDS drug Norvir late last year. Patient groups and some members of Congress called the move price-gouging. They had pushed the NIH to intervene by overriding Abbott's patents, since Norvir's discovery was partially funded by taxpayer dollars.

But the NIH decided Wednesday the law didn't allow that step, which it said could have had far-reaching effects on the pharmaceutical market.

Abbott raised the price of the eight-year-old Norvir to $8.57 a day from $1.71. It called the move necessary to counter falling sales as the drug's use shifted from a primary treatment agent to one now used in low doses to boost the effects of other anti-AIDS medicines.

But consumer advocates decried that the increased price was only for the United States, leaving Norvir five to 10 times cheaper in other countries. They also alleged that anticompetitive practices were involved, because the higher price applied only when Norvir is added to other companies' AIDS drugs, not Abbott's own Kaletra.

The price hike came amid already vigorous debate about why Americans pay much more for most prescription drugs than do patients in Canada, Britain and other countries.

Citing a $3.5 million NIH grant to Abbott that helped lead to Norvir's discovery, the consumer group Essential Inventions petitioned the government to grant licenses for other companies to make the medicine, too — presumably driving the price back down.

The 24-year-old Bayh-Dole Act enables the NIH to claim patents of inventions partly funded by government if companies don't bring them to market in ways that "achieve practical application." But the government has never invoked its so-called march-in rights.

"It's a horrible decision," said Robert Weissman, general counsel for Essential Inventions said of the NIH ruling. The decision means drug makers "can put government-funded inventions on the market at any price whatsoever without facing the possibility of a march-in."

But NIH concluded that Norvir meets the main intent of that law — that the drug is widely sold — and thus there's no health reason to intervene, said Bonny Harbinger, deputy director of NIH's Office of Technology Transfer.

Does that mean NIH would never declare the price of a federally subsidized drug too high? "That's very hypothetical for me to try and answer," because other factors are considered, too, Harbinger said.

The decision suggests "it doesn't matter what drug makers charge for a taxpayer-subsidized drug, as long as they continue to sell it," complained Rep. Sherrod Brown, D-Ohio.

Brown and Weissman both pledged to appeal to Health and Human Services Secretary Tommy Thompson to overrule the NIH decision. A Thompson spokesman didn't immediately return a call for comment.

Abbott counters that the NIH grant represented a tiny portion of the roughly $300 million it ultimately spent developing Norvir, money it needs to recoup to invest in new research.

Sales fell to $100 million last year from a high of $250 million in 1998. However, Norvir sales have totaled more than $1 billion since its introduction.

"This is good news for patients who will continue to benefit from both current and future innovations that result from the advent of the Bayh-Dole Act," said Abbott spokeswoman Melissa Brotz.

NIH did say its sister organization, the Federal Trade Commission, would be the proper agency to address allegations that Norvir's price is anticompetitive. But Brotz said the FTC recently notified the company that it had no plans to investigate.