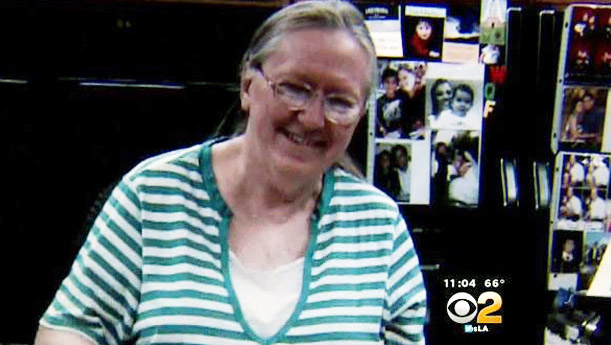 UPLAND, Calif. -- A California family says they've fired their live-in nanny, but the woman refuses to leave their home.

Marcela and Ralph Bracamonte, who have three children, told CBS Los Angeles they've tried everything, including legal measures, to get the woman to leave their home in Upland in San Bernardino County.

The Bracamontes said the first couple of months with Diane Stretton were fine, but then the 64-year-old woman stopped working and complained of health issues.

At that point, the Bracamontes say, they told Stretton it wasn't working out and asked her to move out of their home. But Stretton flatly refused to go.

They said they served her with legal papers, but those turned out to be the wrong legal papers. Meanwhile, the nanny can come and go as she pleases. And it apparently pleases her to stay.

Police told the Bracamontes there was nothing they could do about the situation.

"They told me it was now a civil matter," Marcela Bracamonte said, "and I have to [legally] evict her. So this lady is welcome inside my house, anytime she wants, to eat my food anytime she wants and harass me basically. I'm now a victim in my home and it's completely legal."

A judge also ruled in the nanny's favor because he said the Bracamontes did not fill out a three-day quit notice correctly. He also said they would have to fill out the legal paperwork again.

Ralph Bracamonte says it's all a nanny nightmare.

"Now, this person is in our house, and I have to go to work," he said. "My kids are still here, my wife is still here. She towers over my wife, my kids. And I know there is nothing I can do about it."

The couple says they agreed that Stretton would live in their home for free in exchange of taking care of the children and doing some housecleaning. They say Stretton did not fulfill her part of the bargain.

"And then she wouldn't do anything," said Marcela Strettom. "She would stay in her room 90 percent of the day. I really did try to work with her. She would just sit in her room all day. So I told her, you either have to perform or you gotta leave."

The Bracamontes served Stretton with new legal papers on Wednesday evening. She has three days to respond to the legal notice.

The Bracamontes say they know the eviction process can take a while but they wanted to speak out to warn other families and to advise them to always use an attorney is such matters.