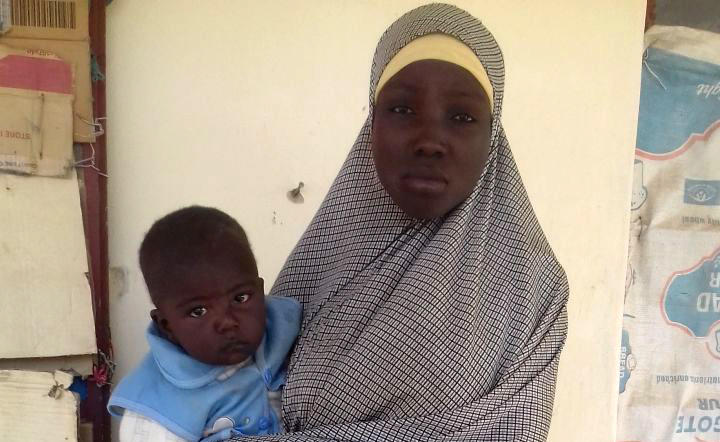 MAIDUGURI, Nigeria -- Nigerian troops rescued one of the Chibok schoolgirls kidnapped by Boko Haram extremists more than two years ago in a pre-dawn raid Saturday on a forest hideout. She had a 10-month-old baby boy born to a Boko Haram fighter, said a statement from army spokesman Col. Sani Kukasheka Usman.

It was the first army rescue of a Chibok girl.

Last month, Nigeria’s government secured the freedom of 21 of the Chibok schoolgirls in the first such release negotiated with Boko Haram. Another girl escaped in May on her own.

Thousands of other Boko Haram captives have been freed this year as the military has forced the extremists out of towns and villages in northeastern Nigeria, where they had declared an Islamic caliphate. But until Saturday, none proved to be among the 276 schoolgirls seized from northeastern Chibok town in April 2014. Dozens of them escaped within hours.

President Muhammadu Buhari has vowed to secure the release of the nearly 200 schoolgirls who remain captive.

The failures of successive governments and security forces to free the girls brought international condemnation and the creation of a movement called Bring Back Our Girls. U.S. first lady Michelle Obama posted a picture of herself under that hashtag and vowed her husband would do everything in his power to help bring the girls home.

Former President Goodluck Jonathan’s initial refusal even to admit the girls had been taken hostage, losing precious days after their capture, contributed to his loss in the 2015 elections.

Meanwhile, activists and relatives have objected to the government’s prolonged holding of Amina Ali Nkeki, the girl who escaped in May. She says she wants to be reunited with her mother and the father of her child, a detained Boko Haram extremist whom she says also was a victim of kidnapping and helped her escape.

The government says she is receiving trauma counseling and other care at a military hospital in Abuja, where she has been joined by the girls released last month.

Human rights activists have protested against the prolonged military screening of escapees from Boko Haram that has kept thousands held in detention, where Amnesty International has reported babies are among those dying from inhumane conditions.

Some 20,000 people have been killed in Boko Haram’s seven-year Islamic uprising that has spread across borders and forced 2.6 million refugees from their homes.